Could there possibly be a more impressive description of quality journalism than that expressed in this one sentence at the Orlando Sentinel’s college football blog?

I think not, my friends.  Bleacher Report and Finebaum.  That is chock full of teh awesome.  Awesomely awesome.

You know how people like John Feinstein enjoy speculating about worst case scenarios which would doom the BCS?  Here’s my worst case scenario for Finebaum and his listening audience:  Newton leads Auburn to wins in the Iron Bowl and the SECCG and then finds himself ruled ineligible for the season by the NCAA.  Alabama and Auburn both screwed?  I can’t even begin to wrap my brain around the scope of that meltdown.  But I sure would hang up and listen.

Be afraid. Be very afraid.

Let me see if I’ve got this straight.  Last night, Georgia Tech blew a 14-0 lead and lost to a team that had previously lost to a 1-AA school.  That is in fact the second time that Paul Johnson’s team has pulled off that trick this season.  In the process, the Jackets lost the passing-challenged quarterback who we’ve been repeatedly assured is the heart and soul of that offense.

And yet, with all that in mind, Mark Bradley’s advice to Georgia is not to get overconfident, because “Paul Johnson can really coach”.  Bradley’s got a point:  overconfidence can make you look stupid.

If you’re an Alabama Democrat, how bad were this week’s election results?  This bad:

To quote Limestone County Sheriff Mike Blakely: “Alabama Coach Nick Saban running on the Democratic ticket could not have beaten a one-legged child molester running as a Republican.”

I guess Mark Foley now knows where to go to launch his political comeback.

They’re not being subtle about the new scheduling philosophy.

“The more games you can play at home, the better,” Georgia athletic director Greg McGarity said. “It gives you more of a chance to win, first of all. There are more positives there. I think more home games are good for the fans. They’re good for the community and it’s easier on the team not having to travel as much.”

… Although intersectional games are off the table for the near future, regional games against BCS opponents remain in play when travel is more manageable.

“I think that’s okay, periodically,” McGarity said. “Maybe once every eight-year period you can do that. But I think from a financial model and a scheduling model that seven home games is where we need to be.”

“Our goal is to play as many home games as possible,” said Georgia associate athletic director for internal affairs Arthur Johnson, who is the point man for football scheduling. “We will continue to play one Football Championship Series game a year and move away from the home-and-home philosophy. A big part of it is revenue and playing at home as much as possible.” 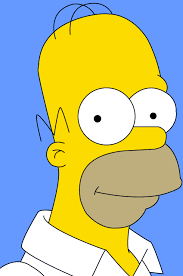 I get their point, but when you see it in black and white like that, it’s not exactly inspiring.

There’s probably a bad joke waiting to emerge from Joshua Nesbitt’s night against Virginia Tech.  Something like this:

Q.  How can you tell when Nesbitt hurts his throwing arm?

Looking at those seasonal stats, I don’t know what amazed me the most – that he had a passer rating last night of -66.67, that it was his second game of the season in which he compiled a negative passer rating, or that his first was against South Carolina State.

Paul Johnson really knows how to coach up the ol’ passing game, doesn’t he?