I realize that to a certain extent this question is based on a superficial premise, but still, after watching this clip, can somebody explain to me why last year’s 62nd ranked team in defensive passer rating should be expected to do any better two Saturdays from now than last year’s 9th ranked team did against a Georgia offense that brings everyone back except Tavarres King?

Somebody in the SEC office must really like Mark Richt.

That’s a bye week between Clemson and South Carolina (the ‘Cocks open with TAMU, by the way, and play East Carolina the week before playing Georgia) and a bye week before Florida, which is about as good as you could ask.  Oh, yeah, the other cross-division game is against Arkansas.

Can’t wait for the Spurrier quotes about this.

UPDATE:  Here’s the complete 2014 conference schedule.  Looks like Florida drew the short straw and got Alabama as the cross-divisional rolling opponent.  The Gators will play Alabama, Florida State, Georgia, LSU and South Carolina that season.  Boom!

UPDATE #3:  The moment wouldn’t be complete without the standard disclaimer.

What will happen in 2015 and beyond is still up for debate, according to UGA Athletic Director Greg McGarity. Conference leadership is still in ongoing discussions about that. However, McGarity did say he does not expect the SEC to adopt a nine-game conference schedule.

One possible explanation for the state of Florida’s receiving corps 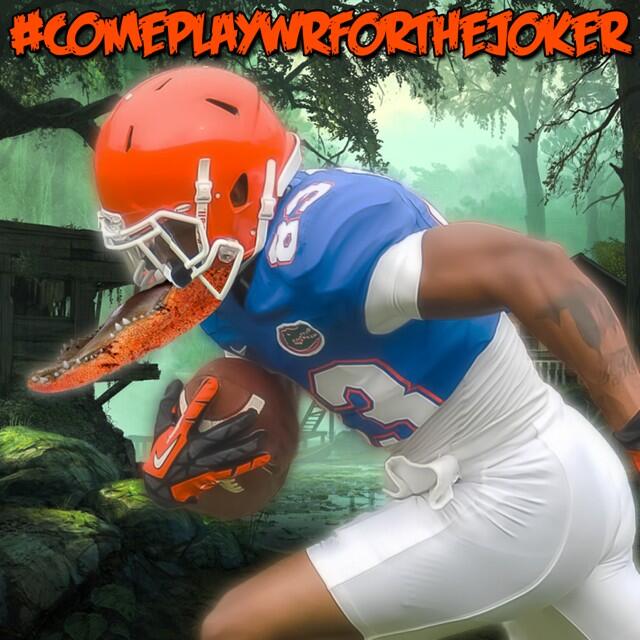 Inspiring.  Somebody needs to Photoshop some jorts there, though. That’s worked before.

I’m fine with gun ownership in general, but damn if this doesn’t make me uneasy:

The policy comes a little more than two weeks after Alabama Act 2013-283 went into effect on August 1. The law, which was written as SB-286 and signed into law in May, overhauled the law of the land concerning guns in some places and clarified them in others. The waters are muddied, though, about where the rights of gun owners end and the rights of property owners begin.

In one area, the law says gun owners with a concealed carry permit are allowed to carry weapons to athletic events, regardless of whether they’re hosted professionally or by a school. However, the law also gives property owners the right to ban firearms in places where there are strong security measures, such as guards.

The discrepancy has left many asking which part of the law supersedes the other — are gun owners allowed to carry at athletic events that have additional security measures, like to a football game in Jordan-Hare or Bryant-Denny, or not?

The matter may have to be decided in court. Many gun owners have read the law and believe they’d be in the right to have their pistols on campus…

I mean, guns, tailgating and college football.  What could possibly go wrong?

Grab a plate and get to it.

Clemson has discovered the key to Todd Gurley’s success.

All that tape watching has paid off, I’m afraid.  Clemson defensive tackle DeShawn Williams shares an insight about Georgia’s top running back so profound that, well… it could change everything:

“He’s hard to stop because he’s hard to stop.”  That sound you hear is the collective forehead slapping of SEC defensive coordinators having a V8 moment wondering why they hadn’t realized that before.

This Leonard Floyd talk is starting to freak me out, man.

“There is (one) name that everyone will need to know on UGA’s defense,” David Pollack, the ESPN commentator and former Georgia star defensive end, tweeted after visiting Georgia practice last week. “Leonard Floyd is a freshman OLB who will be the next great pass rusher at UGA. Long, lean and explosive.”

Fortunately, it doesn’t seem to be freaking Floyd out.

“I came in and worked hard, and been doing good, I guess,” Floyd said. “Really, if you play hard you’ll end up making a play. I wouldn’t say it was easy, but it was OK.”

I hope it’s real, because if nothing else, another serious pass rush threat will make Jordan Jenkins’ life easier.  Definitely something to watch in the opener.