I don’t know who’s going to be more offended by this Mark Richt quote about Ellis Johnson, Brian VanGorder or the Dawgnation multitudes who would welcome BVG’s return to Athens in a heartbeat.

“He’s outstanding. There’s a reason Auburn is playing so much better on defense.”

As in, better than Auburn used to play defense.

So, why would Richt want to bring back an inferior defensive coordinator?  Just askin’.

Over at Football Study Hall, Bill Connelly uses something called line yards to measure how much push an offensive line gets against an opponent’s defense:

In a post about last week’s Michigan-Nebraska game, Bill put together something you might find of interest.

That’s right.  The poor ol’, maligned Dawg defense did the fifth-best job of controlling the line of scrimmage on running plays in a game this season.  And before you can say “it was North Texas”, let me paraphrase Bill by noting that Georgia State got a better push against Alabama than North Texas got against Georgia.  That ain’t nothin’.

Keeping the special in special teams

I mentioned earlier in the week my concern about the big day Auburn’s special teams had against Tennessee last Saturday, although, to be fair, Seth Emerson notes that the punt return matchup is pretty competitive.

Georgia may need to win Saturday’s game in an offensive shootout, but there’s another reason to discourage the Bulldogs from punting: Chris Davis.

The senior defensive back leads the nation in punt return yardage, averaging 24.1 yards per return, with one touchdown.

That of course assumes they get the punt off safely.  But we’ll save that discussion for another day.

But it’s also worth noting that the Vols fell victim to something that’s going to sound awfully familiar to us Dawg fans – loading up the coverage teams with green, non-starting players.

Linebacker Dontavis Sapp and cornerback Justin Coleman were the defensive starters on the field for Davis’s score. Crump and Reeves-Maybin are also on that unit, along with nickelbacks Devaun Swafford and JaRon Toney, a walk-on and former walk-on. Linebacker Greg King, defensive tackle Danny O’Brien and guard Dylan Wiesman make up the punter’s shield.

Georgia’s not as guilty of doing that as it used to be.  Remember classics like this?

That’s not a Georgia punt, but it’s the same principle.  (That’s freshman Nick Marshall with the spectacular whiff on Ingram, by the way.)

The Dawgs have got to avoid getting burned on special teams this Saturday.  Got to.

Filed under Because Nothing Sucks Like A Big Orange, Georgia Football

If you’re trying to get a handle on what Georgia’s issues are on defense, start with the observation that in a year of normal turnover, Shaq Wiggins’ development at cornerback would be a luxury not a necessity.

Indeed, the play represents a positive month of progress for Wiggins, who did not initially earn the starting role at cornerback but ultimately found himself with the job by the time Georgia played Tennessee. Coaches say the former four-star recruit out of Sandy Creek High School still needs to add weight and continue developing from a technique standpoint, but many have been pleased with his play thus far.

“He brings a lot of energy and athleticism to his position,” head coach Mark Richt said. “What he lacks in experience sometimes he makes up for with his effort and his instincts. He’s got a ways to go, but so far he’s done a nice job for us.”

Now you can certainly argue that Georgia’s coaches planned poorly for the moment and it still falls back on them (although keep in mind that had he not messed up, Nick Marshall would likely be starting in Georgia’s secondary instead of Wiggins).  But things still are what they are.

Evidently, this is via Al Jazeera: 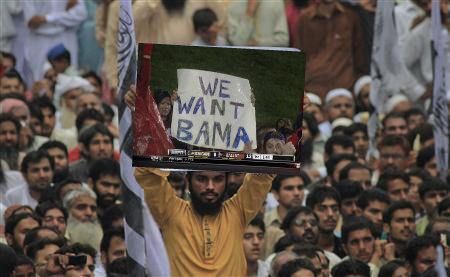 It sort of puts me in mind of the old joke about rooting for the Soviets if they played Georgia Tech in basketball.

Anyway, have at it in the comments.

Now this is job security:  Muschamp’s got Foley, Machen and Finebaum in his corner.  For a year, anyway.

It’s pretty funny how Finebaum’s seal of approval is offered as something definitive.  Maybe Boom should publicly thank him for the show of support.

“Obviously, we didn’t know this was going to kill him.”

Football is a great sport.  Too bad it’s often ill-served by people in positions of authority.

Inside the NCAA’s labyrinthine bible of regulations are the 195 words of Rule 3.2.4.17. Adopted in 2010, they require each university to have a concussion management plan that includes putting the onus on athletes to report such injuries. Frostburg State had a plan in 2011 when Derek died, 6 pages of good intentions that could have been cribbed from a textbook.

While the organization’s bible mentions recruits 495 times and plunges into legislative minutiae on matters such as logo size, movies and the permissible dimensions of institutional notecards, 15 lines are given to head injuries. The NCAA once punished a football player for accepting a free sandwich, imposed $60 million in penalties on Penn State in the Jerry Sandusky sex abuse scandal and recently finished a circuitous three-year investigation of the relationship between a jailed booster and the University of Miami’s athletics department.

But the NCAA, founded 1906 in response to a swarm of football injuries and deaths, doesn’t enforce its own concussion rule.

David Klossner, former NCAA director of health and safety, admitted as much in a deposition this year in an unrelated federal lawsuit challenging the NCAA’s concussion policy:

Q: Are member institutions required to submit their concussion management plans to the NCAA?

Q: Have any member schools been disciplined regarding concussion management plans?

A: Not to my knowledge.

Q: Has the NCAA considered disciplining any member institutions regarding concussion management plans?

A: No, not to my knowledge.

In an interview with The Washington Times weeks before the deposition, Mr. Klossner and an NCAA representative said no university, to their knowledge, had been investigated or penalized for violating the rule.

Well, in its defense, the NCAA’s kinda been busy lately.  But don’t think it doesn’t care about the well-being of student-athletes.  Especially if there’s money to be made from it.