If the Gators got beat in the Swamp before 1990, would it make a sound?

When exactly was the last time Florida was a 26.5-point home dog in a football game?

The over/under is 44, which means Vegas believes the Gators won’t crack double digits on the scoreboard Saturday.  Yoogly.

If our acknowledgement that the relevance of the academic side of the student-athlete experience in college football is more than lip service, than this news should be treated as a pretty big deal, if you ask me.

University of Georgia, Rice University, Stanford University and Tulane University will share the American Football Coaches Association’s 2013 Academic Achievement Award, which is presented by the Touchdown Club of Memphis.

Georgia, Rice, Stanford and Tulane recorded a 100 percent graduation rate for members of its freshman football student-athlete class of 2006. This is the first time Georgia and Tulane have received this award, and the second honor for Rice and Stanford.

That is some pretty prestigious company there.  Everyone involved in making that happen – coaches, administrators and, most of all, the players themselves – deserve a major round of applause.  I’m proud of every one of those graduates.  I’m proud of being associated with a school that helped bring that about.

About that whole motivational thing…

I can see one area where Mike Bobo’s got his work cut out with Hutson Mason getting his first start this week.

“Hutson’s a little more uptempo than Murray,” Andrews said. “We kind of joke about it a little bit. I think they’re two different players. I’m excited to see what Hutson can do. It’s fun out there. He’s a passionate guy, a fiery guy who has a lot of emotion. I play with a lot of emotion, too, so I think it’s kind of fun.”

Andrews said he and Mason “butted heads on a few things” during the game and they talked about it.

“He’s wanting to go, and they’re changing the defense, and I’m trying to change something and I think KG (Kenarious Gates) got called for a false start,” Andrews said. “I was trying to change something too and got caught off guard. He’s just uptempo about stuff and sometimes we’re trying to get him to slow down so we can communicate stuff. You get used to it. We’re going to have to get used to it this week.”

That kind of puts me in mind of Aaron Murray’s first game against Florida.  It took Bobo about half the game to settle his quarterback down, but once he did, Murray kicked some ass.  (Too bad his offensive line didn’t in overtime.)

So it may be worth keeping an eye on how Mike Bobo, the position coach, does, as well as Mike Bobo, the coordinator.  As far as the latter goes, it sounds like he’s got some pretty definite ideas on how to work the offense around his new starter.

Offensive coordinator Mike Bobo has called the plays for all of Murray’s four seasons and will make any adjustments in game plans to suit Mason.

“We were really spread the whole night,” Bobo said of Georgia’s 59-17 win against Kentucky. “We felt spreading them out was the way to go. We tried to get a one (linebacker) box and make their safeties tackle. When Hutson’s in there, he’s a little bit more of a spread guy and we did a little bit more of what he could do. He did a nice job.”

As I mentioned yesterday, it seems like Bobo’s gotten his second wind scheming around an offense lacking a consistent deep pass threat to keep opposing safeties honest.  That may be some truly fortuitous timing on Mason’s behalf.

As much crap as we like to dish the WWL’s way, it deserves a tip of the cap when it does something right.  In this case, it’s thrown two nice things in Aaron Murray’s direction.  There’s this, and there’s also this thoughtful gesture from Ivan Maisel:

Sentiment got to me this week when I filled out my ESPN Heisman straw poll. Georgia quarterback Aaron Murray is on my ballot, a tribute to one of the best college careers in recent memory. Murray, who tore his ACL in the Bulldogs’ rout of Kentucky, will miss his final two games at Georgia after starting the first 52 (35-17). Murray not only leaves with every major SEC career record, but he will be honored next month in New York as a finalist for the Campbell Trophy — the Academic Heisman. Murray represents the best of the sport.

Plenty of nourishment this morning…

Filed under Auburn's Cast of Thousands, College Football, Gators, Gators..., Georgia Football, It's Not Easy Being A Mid-Major, Nick Saban Rules, Recruiting, The Body Is A Temple

Not a great look

I’m not trying to be disrespectful here, but I see what Navy’s wearing for the Army-Navy game… 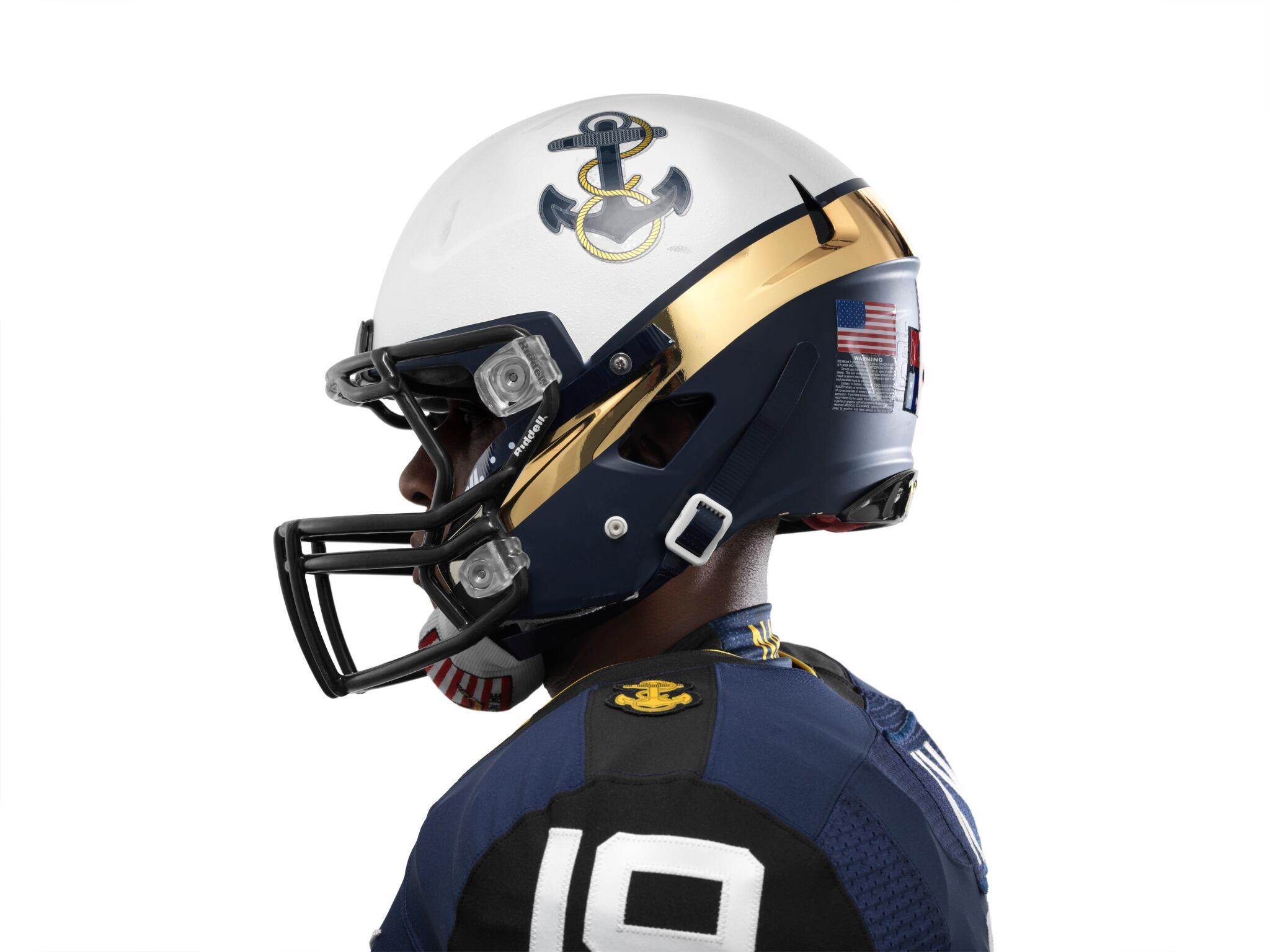 … and my brain immediately says “motorcycle cop”.  Is it just me?

Smart kids with choices don’t want to play in that offense.

Gone, but not forgotten.

Get used to seeing that comparison a lot more.