The greatest college football analyst of our time

ESPN’s SEC Network, which debuts on August 21, 2014, is planning its own version of ‘College Gameday’ and has settled on three names: Rece Davis (an Alabama grad) would be the host, the voice of the South Paul Finebaum would play the role of Lee Corso, and Tebow would be the show’s Kirk Herbstreit. A source says ESPN is currently searching for another former SEC athlete to fill the final spot.

How about Aaron Hernandez?  He’s out of a job right now, too.

The mystery of Sagarin

Something I can’t figure out in Jeff Sagarin’s latest college football rankings:  Washington, like Georgia, is 8-4, and is ranked seven slots higher despite (1) a weaker strength of schedule; (2) no more wins against his top ten teams than the Dawgs; and (3) a 1-4 record against his top thirty teams, compared to Georgia’s 3-3 mark.

It’s a big gap, too, big enough that Sagarin has Georgia as a home underdog against Washington if they were to match up.  What am I missing here?  Is he factoring injuries into the equation somehow?

Lobbying for the BCS is the college football equivalent of the filibuster – every few years everybody argues the opposite of what they used to stand for.

When asked whether Auburn’s luck with a tipped-ball win over Georgia should be factored into the debate, Slive said, “It just depends on your point of view. Luck is when preparation meets opportunity, and the young man (Auburn wide receiver Ricardo Louis) was in the right place at the right time to catch the deflection.”

By that rationale, Ohio State’s been in the right place at the right time to catch a softer schedule.

In my business, you never cut funny.

And, trust me, this is damned funny. 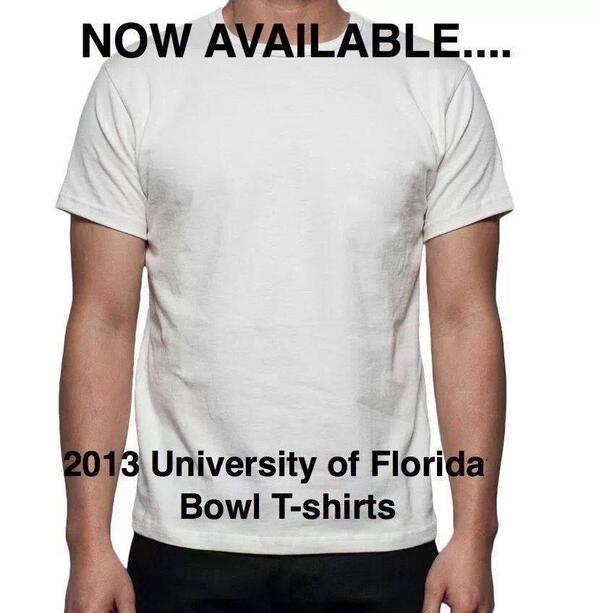 As an added bonus, it looks great with jorts!

The art of Mike Bianchi

You know how some people look at abstract art and have an immediate reaction of “my five-year old could paint better than that”?  Yeah, well, either Bianchi is Jackson Pollock, or he’s an idiot.  And since I’d love to see Boom take his advice, I’m guessing it’s the latter.

“It’s going to be different.”

If you’ve been worried about Georgia being a little green at the quarterback position before, you should be positively freaking out at the 2014 prospects.

For now, though, the starting job in 2014 is Mason’s to lose. He’s the only quarterback aside from Murray to have attempted a pass this season – Bauta has run three times for 29 yards in mop-up duty and LeMay hasn’t played this season at all, although he saw the field as a reserve in 2012 – and Mason will be far and away the most experienced quarterback on the roster next fall.

If that’s not enough for you, check out this quote from Brice Ramsey:

“I’ve grown so much,” Ramsey said. “In January [when he enrolled], I couldn’t have even have told you what a zone was or what all that was. It was just coming in and actually having to put forth effort and trying to learn the playbook and study and everything. Now I’m picking everything up and just excited for the future.”

Mike Bobo earns his pay, that’s for sure.  But it’ll be nice if Mason stays healthy.

It’s not just how you play. It’s who you play, too.

I can’t take credit for the work – I found it at the Dawg Post message board – but I thought it was worth passing on in a post here.  It’s a list ranking Georgia’s SEC opponents’ offensive yards per game over the last ten seasons:

Couple of things about that list.  First of all, whatever else you might say about him, Grantham’s been dealt a tougher hand than either of his predecessors.  Second, it’s weird, but for the most part you’d have to say that Martinez’ defenses got worse in the face of weaker opponents’ offenses.  That’s generally not going to be a good combination.

How ’bout that VanGorder outlier, though?  Georgia finished an impressive eighth nationally in total defense in 2004.  The sick thing is that was only good for fourth-best in the conference.

The year of woulda, coulda, shoulda

I’m starting to see stories about how close and crazy Georgia’s season’s been cropping up.  And those stories certainly have their share of validity to them.  The Dawgs played in seven games that were decided by a touchdown or less, six of those by no more than five points.

When you play in that many games that are nailbiters, it’s not hard to find a key play here or there that would have dramatically changed the season in one form or fashion, and that’s no exception with the 2013 edition of Georgia football.  From the horse collar tackle that saved Clemson seven points (that was the drive that culminated in the bad snap for the field goal) through Pig Howard’s fumble in overtime that saved Georgia’s bacon (see what I did there?) in Knoxville to the unforgettable Hail Mary that killed the Dawgs against Auburn, you can point to a number of them.  2013 was definitely dramatic.

But it’s not unique.  In fact, it reminds me a lot of the 2006 season in that regard.  Georgia played eight games that year in which the final margin was seven points or fewer, including six of the last seven games played.  The regular season record was even 8-4.  As for crucial injuries, 2006 was the year that Andy Bailey had to step in to cover Brandon Coutu, something you could easily argue cost the Dawgs two games, as Georgia missed two field goals and an extra point in the loss to Kentucky and a late field goal against Vanderbilt.

Bottom line is that there are those seasons where the line between great and okay is pretty fine.  Some years the luck doesn’t bounce your way and some years it does.