“I think a lot of people still don’t understand how this is going to work.”

Shorter Bill Hancock:  The extra round of playoffs won’t be a burden on fans, as long as we can get Alabama and Auburn to play each other every year.

And by the way, what WTF is “the integrity of the bracket” supposed to mean?

And so it begins. 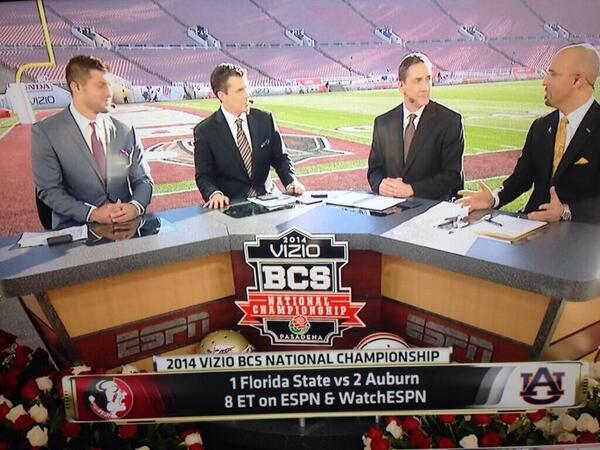 I wonder if anybody asked the GPOOE™ if he’s got a NFL tryout scheduled yet.

UPDATE:  Got more, if you like former Florida quarterbacks. 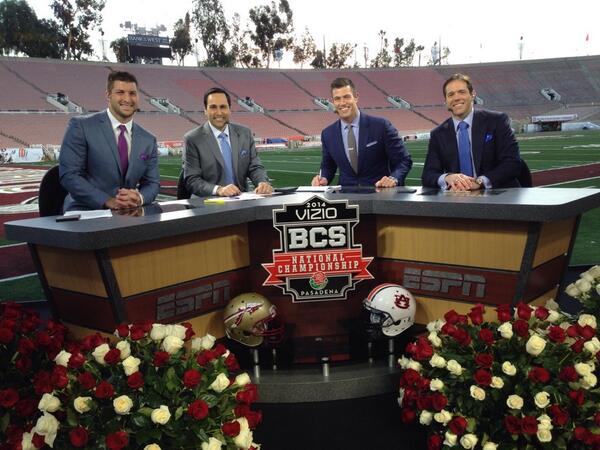 The derp, it burns.

Tony Barnhart’s got a useful list of things to know about our new college football playoff overlord here.  There are plenty of items there that, well, if they don’t outright make sense, at least raise some questions about what’s going on.  Like this, for example:

How is the selection committee going to work?

“We just felt that it was helpful for college football to have some kind of measuring stick out there from our selection committee,” Hancock said.

The committee will not in any way be bound by the rankings they produce when they make their choice of the four teams.  [Emphasis added.]

A measuring stick that doesn’t measure anything… what’s the point to that exercise?  Other than giving ESPN more meaningless programming fodder, that is.

“But I’m going ahead and declaring us the national champion of the bowl season.”

Man, Dabo really got to Spurdog this time, didn’t he?

So, who you got tonight?

On paper, it shouldn’t be close.  FSU has been so dominant statistically this season that it pretty much obliterates any strength of schedule qualms I might have about the final record.  The Noles are now favored by 10.5 and I believe I saw something this morning indicating that the favorite has covered the spread in the last six BCS title games.

But I’m having a hard time shaking that whole team of destiny thing around Auburn.  A monster fluke to win the Georgia game, an even bigger miracle to beat Alabama and the last piece of the puzzle falling into place with Ohio State’s loss in the Big Ten title game (but Delany was proud, proud I tells ‘ya, of the TV ratings) sure makes me wonder what the football gods have cooked up for tonight.

In the end, I’m going with my gut instead of my head and picking Auburn to pull the upset.  Because it’s been that kind of year if you’re a Dawg fan.

This is going to end well.

So, as well as not having control over its matchups under the new system, the Chick-fil-A Bowl will have to live with a significantly reduced ticket requirement for the conferences/schools.

They better hope the broadcast ad revenue jumps a bunch to cover the shortfall.  It’s either that, or eat mor chikin, bitchez.