How much are some conferences struggling against going to a nine-game conference schedule.  Enough for at least some folks in the ACC and SEC to consider something along these lines.

In addition to considering a nine-game conference schedule, ACC officials have also broached the idea of a model in which the conference would play eight league games and one SEC team every year, according to several sources from both conferences.

I really doubt that comes together.  I’m not the only one.

The SEC source said he did not see a scenario where all 14 SEC schools would agree to it, but there may be a scenario in which the SEC could match some teams against the ACC, particularly if those SEC teams were having trouble finding a suitable BCS nonconference opponent.

It is unlikely that the SEC would make all its teams play the ACC on the final week of the season, when the Auburn-Alabama already game steals the show.

I don’t know why they keep fighting a nine-game arrangement.  It’s the easiest scenario for the conferences to control.  But it’s pretty clear everybody wants to placate ESPN with more quality product.

Filed under ACC Football, ESPN Is The Devil, SEC Football

Musical palate cleanser, it was 50 years ago today edition 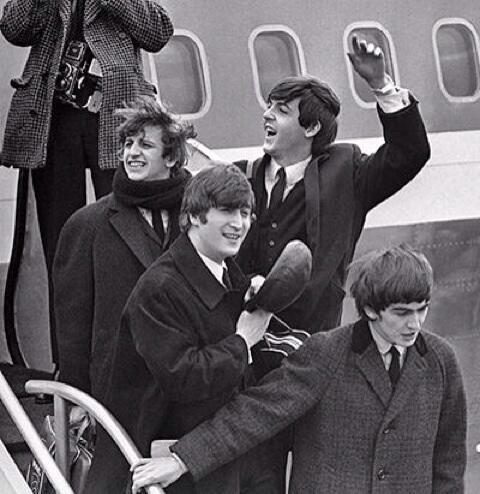 One day several decades back, some longhaired Brits stepped off a plane in New York City.  The rest is history.

Without any further ado, here are the Beatles first three appearances on the Ed Sullivan Show:

America sank to its knees in awe.  And, yes, I remember when this happened.  (My mom wouldn’t let me go see The Beatles when they came to Atlanta, damn it.)  I am old.

I’m sure most of you are aware that the SEC dominated this year’s recruiting cycle.  (To put things in perspective, Vanderbilt, facing its traditional limitations and James Franklin’s successful raiding of much of its initial batch of commitments, still finished in the top fifty in the country.  Georgia Tech did not.)  But there’s an element to its success that may not have been brought to your attention.

Take a look at this interactive map.  You’ll see that the conference’s recruiting footprint has spread.  Some of it is the result of expansion, of course – it seems like most of the conference has jumped into Texas – and some appears to be the product of new coaches’ old ties (Arkansas and Vanderbilt, for example).  But notice the clawing into Big Ten territory and up the eastern seaboard, as well.

So from a total of 344, SEC schools signed 65 kids from outside the conference footprint, just shy of 20%.  Every school but one had at least one such signing.

And SEC schools aren’t settling for mere quantity, either.  As Michael Elkon writes,

According to the 247Sports Composite, Alabama signed the best player in Virginia, Iowa, and Oklahoma and the second-best player in Minnesota and Texas. Okay, you might say, Alabama is the best program in the country and can be expected to pick off five-star players from around the country, just like Florida State and USC did when they were dynasties.

Why don’t we take a look at Kentucky, the team that finished dead last in the SEC? The Cats signed Thaddeus Snodgrass from Ohio, a four-star wide receiver who claimed offers from Notre Dame and six Big Ten schools. They also signed Darius West, a four-star safety from Ohio who claimed offers from Notre Dame and eight Big Ten teams. The fact that the last-place team in the SEC is able to pull from Ohio a pair of blue-chip players with offers from at least half of the Big Ten (and eight of the state’s top 35 players) is a nice illustration of the point that SEC teams are now more likely that Big Ten teams to lure out-of-region players. Put another way, Ohio is supposed to be the primary recruiting state for the Big Ten, not unlike Texas for the Big 12 and California for the Pac 12, but Kentucky managed to sign more four-star Ohioans than any Big Ten program other than Ohio State.  [Emphasis added.]

That can’t be good news for Jim Delany.

All of this is being driven by a chase for better and better classes.  Even in places like Georgia and Florida, there are only so many elite athletes to go around.  Here’s another Pennington chart.

Less than half the schools in the conference brought in a majority of their classes from their home states.  (Isn’t it about time we knock off the “close the border” griping of Richt?)  Again, some of that isn’t anything new, as Fulmer made a living over the years grabbing out-of-state kids to make up for talent shortcomings in Tennessee.  What is new is how widespread this is.

And I’d say the trends favor that continuing and even growing.  The SEC Network is going to bring more money and more exposure to conference teams.  And as that noted sage Les Miles remarks, don’t ignore the effect of technology.

I think the country gets smaller.  And I think it gets smaller with technology.  It gets smaller with I pads and TV and phones that are computer driven.
I had a prospect who is currently on our campus and going to school, so I guess he would be our LSU Tiger, and he said to me, here, coach, I want you to talk to Trey L, and he handed me his phone.  And he was Face Timing Trey L.  And I could see this little square in the corner that was me and this big, happy, smiling Trey there.  And I could tell him that we were closer and that this was easy.  And that we might try it again.  Except that I made the observation that it was me he was looking at and that had to be painful.  So I may kind of face time one way, if I can.  But my point is that that’s what’s going on today.  Today the planes seem to fly more efficiently.  The travel seems to be easier.  I think this country is smaller and it continues to shrink.  And I think the opportunity to play at best programs.  The opportunity to play at places that you’re being played as a freshman, the place that will make sure that you get your degree, the place that will allow you to show your skills and abilities in the NFL.  Those places have advantages and that’s where the players want to go…

They’ve got the money.  They’ve got the pressure to succeed.  They find it easier to reach out to national recruits than ever before.  Of course this will continue.

It’s Nick Saban’s world, and the NCAA is just living in it.

If you believe there’s going to be a serious move to rein in what we fondly call roster management, prepare to be disappointed.

In September 2012, the NCAA Division I Subcommittee for Legislative Relief adopted guidelines for waivers based on an assertion that the student-athlete was “run off” by their previous institution. The NCAA staff is directed to grant relief in cases where an athlete is ineligible for the one-time transfer exception due to playing a sport which does not have the exception or because it is their second (or more) transfer between four-year schools. The institution filing the waiver on behalf of the student-athlete has to include the following documentation:

Kelly Brooks, a director of academic and membership affairs with the NCAA who oversees the legislative relief staff gave some background on these waivers. This waiver is designed for athletes who have not been kicked off the team for academic or disciplinary reasons. That would be within the control of the student-athlete. Athletic performance is not considered within the athlete’s control, whether the team is oversigned, the athlete was “recruited over”, or the coach misevaluated the athlete and they do not meet the standards of the program.

In other words, the NCAA is aware of the matter and has decided the best approach is essentially to abdicate any responsibility, other than fluffing a kid’s pillow on his last night with the program.

Interestingly, the rule hasn’t been invoked much.  Bad publicity, you know.

Despite having a relatively low bar compared to some other waivers and the number of athletes who transfer because they were cut from the team, these waivers are rare. The reason, according to Brooks, is that few coaches and athletic departments are willing to go on record that they cut or ran off a student-athlete who had no disciplinary or academic problems. Some will respond by agreeing to support the waiver, but will not admit to the conversation where the athlete was run off, which makes meeting the first requirement difficult.

Eventually, they’ll get over their shyness.  Why not?  Alabama already takes plenty of heat as it is, with absolutely no effect on its recruiting prowess, so what’s one little more step gonna cost it?  And if you’re a student-athlete facing a roster management termination, the good news for you is that this is one sort of transfer that’s going to be green-lighted.

The chafing dishes have been refilled, podna.

Filed under Because Nothing Sucks Like A Big Orange, Georgia Football, Recruiting, SEC Football

This comes out of the blue.

Georgia offensive tackle Mark Beard, who would have been a senior in eligibility next season, has decided to transfer after graduating from UGA this summer, the Bulldogs announced

Beard will take advantage of the NCAA rule that permits such a move without having to sit out a year if graduation requirements are meant before transferring.

We get perfunctory no-hard-feelings comments out of the player and his head coach, and Beard is to be congratulated for getting his degree, but, still, I can’t help but wonder what’s going on there.  Beard was expected to compete for the left tackle starting job this season and indeed had the most experience at the position.  Now they’re left with this:

Beard’s absence will create a depth issue at left tackle, where he backed up now-graduated Kenarious Gates the last two seasons. Senior Kolton Houston and junior John Theus are the most likely candidates to start next season, with several other returning lettermen also in the hunt.

Oh, boy.  Protecting Mason’s blind side just got a little more unsettling.  Not that it was that settled in the first place…

Never mind. UGA announces that OL Mark Beard is back on the team. Changed his mind.