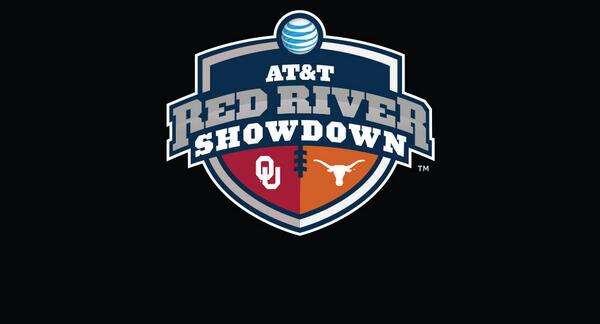 Yeah, because a 109-year tradition between two of college football’s most storied programs at a famous neutral-site location isn’t really special unless you can refer to a shitty telecommunications company in the name.  First.

If they ever do something similar to the Cocktail Party, I’m losing it.  Unless they sell naming rights to a bourbon distiller, of course.

What is this “voluntary” summer thing you speak of?

Summer used to be the sole domain of strength coaches as on-field football coaches were not allowed to have in-person coaching contact or even evaluation until fall camp began. In fact, workouts were not allowed to be called mandatory although they had become virtually that at most major college programs.

Now, teams can have eight hours per week during summer school that can be supervised by a coach. Two of those hours can be used for film review…

On the bright side, I guess you could say they’re slowly starting to dispense with the pretense.  All for the players’ good, of course.

Who needs logic to fight a union?

Shorter Ron Morris:  The NCAA possibly being moved by the threat of unionization to do a bunch of stuff I think would be good for college athletics is proof that college athletes don’t need a union.

Filed under Look For The Union Label, Media Punditry/Foibles

Everything’s up for grabs.

If you sense a certain throw it up against the wall and see what sticks aspect to Georgia’s spring, I can’t say I blame you.  Jeremy Pruitt in particular seems to be indulging his inner mad scientist, moving players around like chess pieces.

Defensive coordinator Jeremy Pruitt, who also coaches the secondary, said it’s all about getting players ready to play multiple positions.

As for the depth chart changes, Pruitt said it all depends on the most recent practice.

“We’re trying to give everybody an opportunity,” Pruitt said. “The guys that perform the day before, the guys that get to go with the ones the next day. We have no starters, we’re going off of what kind of production you had the day before.”

And how long will all of this continue?

“Till the freshmen get here,” he said.

Actually, longer than that.

“When they get here, they’ll have an opportunity to compete, just like these other guys. And two weeks into fall camp we’ll get them into spots,” Pruitt said. “Maybe there’ll be some guys this spring that kind of take that step, where you say, Hey I know I can count on him. But right now we’re just a work in progress.”

He’s not alone.  Mike Bobo appears to be getting in on the act, too.

“We’ve had our ups and downs, but way too many downs, this spring, in my opinion, ” Bobo said after Thursday’s practice. “We’ve gotta get better. We’re not executing at a standard high enough to win, or beat anybody right now.”

In fact, Bobo went so far as to say incoming freshmen have a great chance to play this fall.

“We’re gonna have to have freshmen play for us this year. Play meaningful minutes. Some of them possibly start,” Bobo said. “Obviously at the tight end position, at the receiver position, at the running back position, and at the O-line. There’s not enough competition at those spots. But you go through that during spring. But we seem at a little bit lower numbers because of the injuries to the guys.”

The difference – and no doubt some of this can be attributed to one side of the staff being new and another part of this to all the injuries to offensive players – in those two quotes is that Pruitt sounds like a guy trying to figure out where best to deploy his talent and Bobo sounds like a coach worried about whether he’s got enough talent to deploy.  Those aren’t the tunes we thought we’d hear being warbled this season, but there’s still plenty of time to update the playlist.

So how seriously is the NCAA taking CAPA’s trip to Congress in the wake of the NLRB ruling?  Seriously enough to compel its normally reticent spokesperson, Stacey Osburn, to, well, actually speak:

Stacey Osburn, director of public and media relations for the NCAA, said in a statement that Huma’s concern was “unwarranted.” A Northwestern official has said that the students were not employees and that unionization and collective bargaining were not the appropriate methods to address their concerns.

“The law is fairly clear and consistent with Northwestern’s position, so the NCAA has made no contacts with anyone in Congress attempting to ban the unionization of student-athletes,” Osburn said.

I wonder if Stacey got a bonus for that effort.  It’s almost above and beyond the call of duty.

Sometimes, stats do have a story to tell.

It’s when you break that down that it gets a little interesting.  In 2012, Georgia led the nation in yards per passing attempt, at 10.0 ypa.

Last season, Georgia’s 8.9 ypa was good for eleventh nationally.  “Aaron Murray threw past 20 yards only 9.6% of the time. His throws were focused more on the shorter zones, hitting the 6-10 yard range 23% of the time compared to an average 16.6%.”

Either Murray developed a noodle arm, or his game was affected by all the injuries to his receiving corps.  Which do you think?

Simplification of the defense, in two bites.

Pruitt’s explanation was short and simple.

“I kind of get tired of it sometimes…”

With just 25 seconds remaining, Louis etched his name in Auburn lore on the contest’s final score — an incredible 73-yard touchdown catch-for-the-ages off a deflected pass — which helped Auburn walk away with a 43-38 victory.

“Every time I’m out (fans want me) to do the pose or ask me what was I thinking,” he said. “After I caught it I was getting the same response. I just smile and I tell them it was one in a million. A feeling like, I can’t replay the feeling that I felt at that time. I just embrace it. I didn’t know what to do.”

As for being tired of it, during the week leading up to the Auburn game, if Georgia’s coaches aren’t making the defense relive that play to the point of nausea, shame on them.

Um, about that Final Four presser…

The NCAA needs a strong leader now more than ever, someone with vision and backbone. So far, President Mark Emmert hasn’t shown any signs of having either.

Had Emmert held his state of the union Thursday, as has been the norm for years, he would have been front and center on a day when little else was going on. He would have had the chance to change the conversation, or at least mount a vigorous defense of his organization.

Instead, he’s not speaking until Sunday morning, a time slot that guarantees no one will hear a word.