The rise and fall of the ESPN Empire 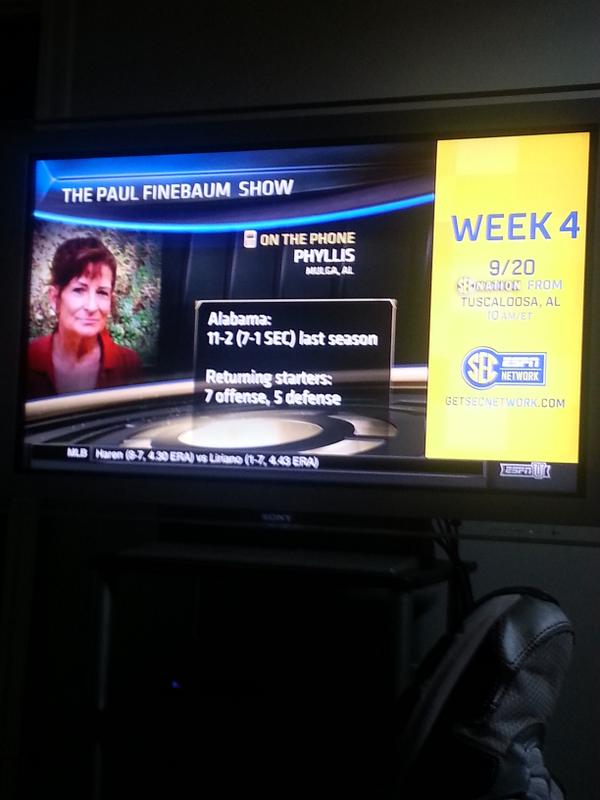 Remember, Comcast subscribers, this can be yours for a mere $1.40 a month.

Filed under ESPN Is The Devil, PAWWWLLL!!!

In case you were wondering…

And just so we’re clear, a dismissal means Taylor is free to go anywhere his heart desires.

Let the battle of wits begin.

Given Spurrier’s famously tolerant attitude towards the media, let’s just say I hope this has potential.

Today on ESPNU: @finebaum on Steve Spurrier: "I thought he showed pettiness yesterday in those interviews." pic.twitter.com/ybex8Inj1R

This could be the breakout hit the SEC Network’s hoping for.

Filed under PAWWWLLL!!!, The Evil Genius

Weiszer is reporting that the 2015 G-Day game is once again scheduled for Masters Saturday.

It didn’t seem to hurt attendance last year, as Georgia set a record with this year’s attendance mark.

Auburn wants a more balanced offense. The question is why.

This kind of talk drives me crazy.

“That was really probably the No. 1 priority in the spring, to be more balanced,” Auburn coach Gus Malzahn said. “We led the country in rushing last year. When you do that, defenses have to take some chances. We’ve got to do a better job this year of making them pay when they do take chances. … We feel like we have some receivers that can stretch the field and make some plays.”

The article is about the addition of stud WR D’haquille Williams, and I get that it never hurts to add more talent to an offense.  But Gus directed an offense that was second in scoring and second in total offense in the SEC last season, despite throwing the ball less than 30% of the time.  Why should he care about balance?

The answer is he shouldn’t.  At least not until opposing defenses begin to show they’re getting a handle on what Auburn’s doing.

I’m guessing this is simply random, meaningless coachspeak, because he’s got a pretty sharp offensive mind.  But if he wants to try to show otherwise, I won’t complain.  That’s the kind of thinking that worked so well for Chizik.

Filed under Auburn's Cast of Thousands, Strategery And Mechanics

The art of the troll

The impressive thing about Mark Bradley’s reaction piece on the Taylor arrest wasn’t that he trolled Richt for another example of losing control (I guess it was Schultz’ turn for that), but that he trolled us with the idea that at some point Richt’s gonna come to a Saban-esque “don’t have time for this shit” moment.

No coach can be with 120 players 24 hours a day. (Even if he could, that wouldn’t really be imparting discipline, would it? Discipline involves the astute application of free will.) That said, the coach is the guy who brought these players to campus, and he has to live with their choices. Yes, coaches get paid a ton of money, but they’re also the ones whose phones ring in the middle of the night.

I’m reminded of what a big-time basketball coach once told me about being intrigued by coaching in the NBA. I said I thought any successful college coach who would put himself in the position of coaching guys who made more money than he did was crazy. He smiled and said, “Yeah, but when one of those guys gets in trouble, that phone call doesn’t come to you. It goes to the agent.”

Sometimes you just have to tip your cap to a master.

Cutting edge marketing on the Flats

Sent to me from a faithful reader – behold!, the next step beyond “four tickets, four hot dogs, four cokes”: They really are getting dangerously close to fulfilling the old “when’s game time?” “when can you be here?” joke.

“Youthful hijinks”, “second chance” or “he’s a different person since then”?

I’m just trying to figure out the excuse that will be used by his next head coach on national signing day, 2016.

Filed under Crime and Punishment, Recruiting