Stop Gurley? You can only hope to contain him.

Matt Hinton’s excellent piece about what South Carolina’s defense can do to slow down Todd Gurley makes this excellent point:

Against the best defense he faced in that span, Alabama, Gurley ran for 122 yards and two touchdowns as a true freshman in the 2012 SEC Championship Game. Against Florida’s blue-chip defense, he accounted for 141 yards from scrimmage in 2012 and 187 yards in 2013, largely carrying the offense in back-to-back UGA wins.

If Gurley can rack up the yardage against defenses like those, why should we expect this year’s edition of South Carolina’s to do any better?

Matt’s conclusion is spot on, too.  There is a way South Carolina can stop Gurley.  But it won’t be with its defense.

The fact is, if Gurley gets his touches, he’s going to get his yards, and Georgia’s almost certainly going to get its points as a result. The longer the score is within reach, the more comfortable the Bulldogs will be in their four-deep rotation at tailback, and the fresher Gurley will be when it comes time to drop the hammer down the stretch. The most foolproof way for Carolina to prevent that from happening is to threaten to put the score out of reach, even if that means taking some early risks.

And that’s the problem Spurrier has with taking a grind-it-out approach to win tomorrow.  Georgia is better equipped to grind things out than Carolina is.

School spirit, for the win. 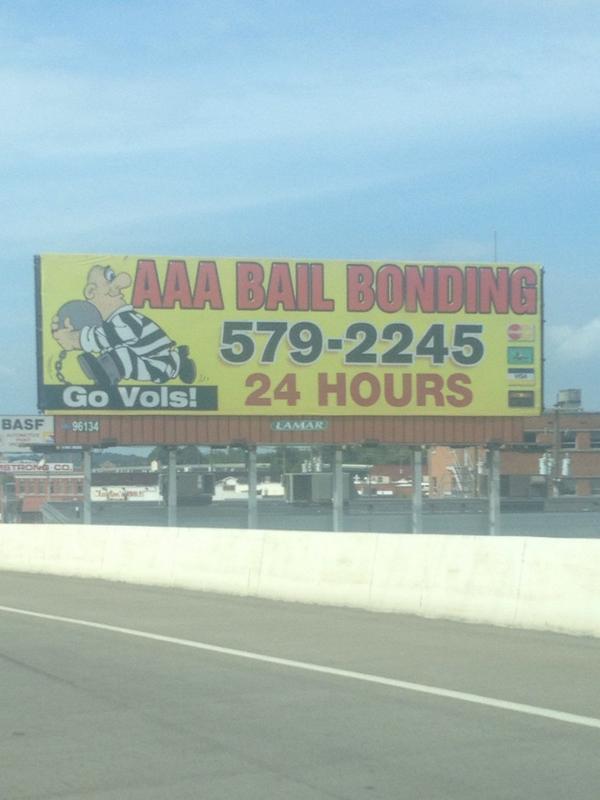 “When push comes to shove, we handed it to Herschel.”

I don’t really care about the whole Herschel vs. Gurley thing, but I love this quote from Lindsey Scott about one of my favorite Walker runs:

Old Bulldog fans will remember Walker’s sideline gallop against the Gamecocks in 1980, which is still one of the better rushes in college football’s long memory. Walker was a freight train, and tackler after South Carolina tackler began pursuit with the proper angle and ended up flailing in his wake.

“Hell, I was trying to catch him.”

Heh.  Nobody did, though.  And that last defensive back had the angle.

You can see the run in all its glory at the 1:12 mark on this clip.

(It was the first one I could find, I swear.)

You know what’s weird?  The eerie silence surrounding special teams play tomorrow.  Well, except for this.

Steve Spurrier: "If we kick it right down the middle to (Gurley) on the goal line, we are pretty stupid."

And even in that case, I’m not sure how much of it was meant as praise for Gurley and how much as another knock on Dabo.

Georgia’s special teams played about as well against Clemson as we could have possibly expected, so it could be that we’re still too stunned to analyze it.  There’s also the realization that South Carolina is one of the few programs which had special teams play at least as poor as Georgia’s was last season.

So I don’t know where it all shakes out.  Carolina’s place kicker went 4-4 on his field goal attempts and is the SEC’s reigning special teams player of the week, and Marshall Morgan’s been money for better than a season now.  Beyond that, we’ll see.  Given how big a deal Georgia’s special teams were in dictating field position against Clemson, I hope the stellar play we saw wasn’t a mirage.  Georgia can use every edge it can get in Columbia.

Grind it out, or shoot it out?

If I feel good about Georgia’s offense’s chances tomorrow, I’m not so optimistic about life on the other side of the ball.  First of all, South Carolina is a better offensive team than many of us have credited so far.

South Carolina’s offense is ranked 6th in S&P+ Offense, which may seem high to some, but this team has also scored approximately 30 points and 437 yards per game. This has happened despite a dismal performance on third downs against A&M, and Mike Davis only averaging 12 carries a game. Encouragingly for the Gamecocks, after falling behind 13-7 early to ECU,  they closed ranks and scored on their final seven possessions.

The ‘Cocks haven’t been lights out running the ball – Davis’ health and TAMU forcing SC out of its comfort zone have something to do with that – but they’ve been quite good throwing it.  And that’s where my concern creeps in, because that plays right into Georgia’s weakness on defense.

Part of me thinks that Spurrier would like to grind out the game behind Davis.  But there’s another part of me that thinks if the OBC comes around to the position that the Carolina defense can’t shut Georgia’s offense down, he might as well take to the air big time and try to win a shoot out.  For all I know, that might work.  The one thing I’m sure about is that Spurrier knows he can’t let his team get down by two scores.  He’ll do what he can to keep that from happening.

When in doubt, play more “Sandstorm”.

I’ve heard it in a couple of places (here’s an example), that South Carolina’s defense could have an easier go of things this week against Georgia’s offense than against East Carolina’s.  I’m really not sure why that’s so.  Last season’s offense, with true freshmen running backs and walk on receivers carrying significant shares of the load, finished seventeenth nationally in yards per game.  And that offense gained more yards on the Gamecock defense than any other team South Carolina faced.

Yeah, given the key personnel losses on both sides, I know these aren’t the same teams this year.  But I also find it hard to argue with this:

Obviously, players’ mindsets matter in their performance, as would history if it factors into the coaches’ game plans. That might be why Georgia has practiced this week with the techno song Sandstorm blaring, or why Mark Richt insists that the game “could get a little bloody.” But these things are tough to quantify and should matter less than talent, preparation, and game-planning, where Georgia seems to have the edge.

Now I realize the article goes on to qualify things a bit with this observation.

South Carolina’s switch to the 3-4 has been less than smooth so far, leaving them 123rd in yards allowed per game and lowering their Defensive S&P+ to 100.2 (58th in the country) after ranking 22nd last season. Both Texas A&M and Eastern Carolina do run varieties of the air raid offense, however, so it’s possible that their defensive weakness is less to do with the 3-4 transition or the lack of effective defensive ends (i.e., Jadeveon Clowney) and more to do with the particular offenses it has seen this season. Maybe.

But here’s where I think Mike Bobo has an advantage over East Carolina’s offensive coordinator.  He’s got options and flexibility at his disposal that an Air Raid coordinator doesn’t.

Regardless, that probably will affect Georgia offensive coordinator Mike Bobo’s offensive strategy and South Carolina’s defensive strategy. It could turn into a cat-and-mouse game where Georgia knows that the Gamecocks will be heavily stacking the box against Heisman-candidate Todd Gurley and the fleet of running backs behind him, so Bobo instead opts for an air raid-lite attack with screens and packaged play passes to freshmen Sony Michel and Isaiah McKenzie and intermediate, middle-of-the-field strikes to Michael Bennett and Chris Conley. Or not, and Bobo simply dares the Gamecocks defense to beat his running backs.

Either way, Lorenzo Ward’s got some guessing to do and some choices to make.  Based on last year’s results, he’s got to be a little nervous about that.  And I don’t think the cure for that particular fever will be more “Sandstorm”.

“Of all of our scout team players, Tray is certainly one of them.”

Gus really waxes eloquent about Tray Matthews’ contributions to the team this season.

“I think there’s some value in that, there’s no doubt, just with their ability,” he said Thursday night. “When you’re going scout groups and all that, if you can give a good look up front, I think that’s very critical. And Austin definitely has that ability.”

Tray is probably killing it in their tip drills, though.

Thinking outside the box

And there’s more good stuff here about how South Carolina’s run defense may fare against Todd Gurley tomorrow.  In particular, check this out:

South Carolina has keyed on Gurley, who has faced an average of 7.0 defenders in the box in their two meetings. If the Gamecocks are to avoid falling to 0-2 in the SEC, they will probably need to key in on Gurley again and not let him get to the second level unimpeded.

I’m guessing we’re not going to see that many I-formation sets from Bobo early on.  Single back sets, with three receivers and a tight end, will force Carolina’s defense to spread out.  If Ward chooses not to take that bait, I think Bobo will take his chances with Mason looking for Bennett and Conley being covered by those green defensive backs with little or no safety help.

“If they throw a screen, you have to retrace.”

Some pretty good stuff here about how Alabama is adapting on defense to avoid being nibbled to death with opponents’ quick passing games.

Win, lose or draw, I don’t think Spurrier will be making jokes about Jeremy Pruitt’s competency in scheming against the read option the way he did about Grantham’s after the 2010 game.

But I really hope he’s not saying something snarky about this Saturday night.  Because you know he’d like to.