Man, your team is 5-0, the division race is at stake today… and you still feel the need to focus on something like this.

Tech is down by 13 – to Duke – with less than three minutes to go in the game, by the way. But killer poster, nerds.

Damian Swann held up three fingers for Todd Gurley after this interception. pic.twitter.com/RTyWCX5iR2

This game reminds me of the season opening shutout of Clemson some years back. (more threes in the celebration pile.) pic.twitter.com/MriB7TpJHh

His coach is upset, too.

Mark Richt: "I love Todd, we all love Todd." Said he traded some texts with Gurley Friday night.

Everybody saw that one coming.

How about this stat?

UPDATE:  And here’s another one.

They may want to hang on to that Pruitt guy.

A penny for your thoughts, Hutson. 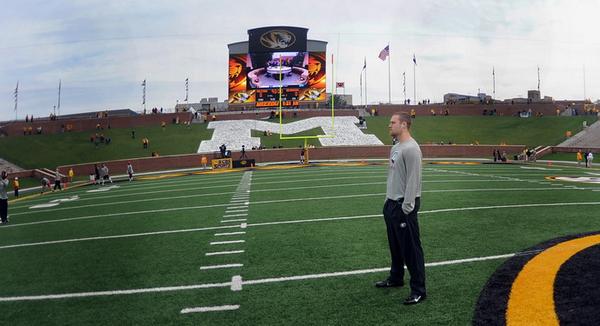 So, I hear there’s a game today.

Like it or not, life goes on without Gurley.

There are so many variables in play today that it’s hard to get a handle on what’s going to happen.  To me, the biggest unknown is Georgia’s mental/emotional state in the wake of what’s happened in the last couple of days. The Dawgs could come out angry and focused.  They could come out flat and distracted.  Nothing would surprise me.

I didn’t like Georgia to cover the three points before Gurley’s suspension, so I’m obviously expecting a tight game, even if statistically Georgia is the superior team.

It’s not raining now, but it is overcast and cool.  If it starts getting wet during the game, what kind of impact will that have on Mason’s ability to throw?

Is Nick Chubb ready to tote the rock 25 or so times today?

Georgia gets the same officiating crew it had in the other Columbia.  Will they be any more competent today?

For answers to these questions and others, stay tuned and visit the comments section.

Pick up a six-pack from your local retailer today.

If this is a real thing, some enterprising brewery is on to something. 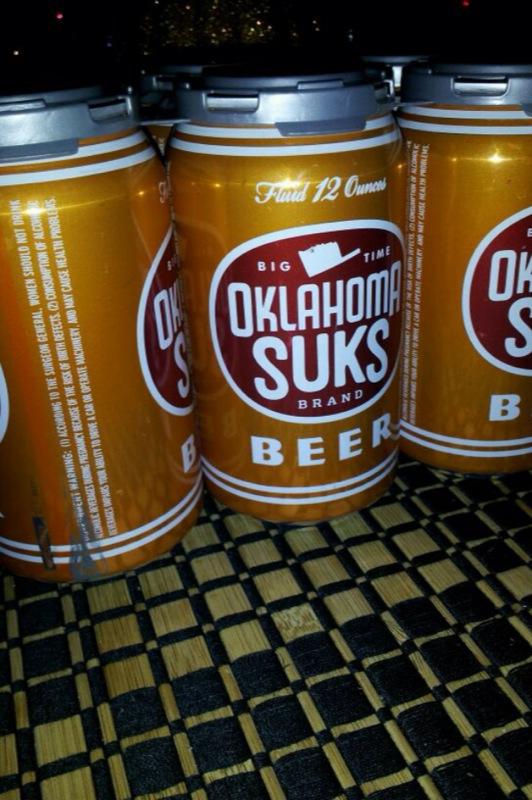 William King is about to get busier.

— “due to the fact that it was an F.S.U. football player,” the report said.

When it comes to the dispensation of justice in most college football towns in the South – leaving the obvious local example out of the mix for the moment – I’m as cynical as anybody.  But this New York Times story on police department shenanigans in Tallahassee still managed to make me shake my head.

As far as comparisons between Tallahassee and Athens go, they might as well be on different planets.  Check this story out:

When Jesus (Bobo) Wilson, an up-and-coming wide receiver, was stopped by the Tallahassee police in June while riding a stolen Bintelli Sprint motor scooter, his story was dubious: He claimed he had borrowed it from a student whose last name he did not know. But for Officer Michael Petroczky, it was convincing enough to forestall an arrest.

The officer, noting in his report that Mr. Wilson was a Florida State football player, wrote: “Wilson was not arrested today because he cooperated, showed no signs of guilt and provided a plausible story that needs to be investigated.”

According to the scooter’s owner, Mr. Wilson’s football connections weighed heavily on the case. After letting Mr. Wilson go, the officer arranged to meet the owner, a Florida State student, in a campus parking lot at night and “questioned if I was mentally stable or if I had forgotten that I lent him the scooter,” the student said in an email interview. The officer seemed deeply reluctant to charge Mr. Wilson, saying he did not want his name on the arrest report, according to the student.

“He told me that he had not arrested Wilson because he was a football player, and he did not want to ‘ruin’ his record by arresting him” if there was a chance he might be innocent, the student wrote.

Plus, anyone named Jesus deserves the benefit of the doubt, anyway, right?

At least we know that Jameis Winston wasn’t the recipient of special treatment.

Read the whole thing. You’ll be shaking your head, too.

They have not yet begun to fight.

But give the folks at Butts-Mehre plenty of credit.  They’ve finally gotten off up their butts and decided to do something for Todd Gurley.

And it’s a beautiful thing.

Georgia running back Todd Gurley has retained attorney William King of the law firm Lightfoot Franklin & White of Birmingham, Ala., a person with knowledge of the matter told USA TODAY Sports.

The person spoke on the condition of anonymity due to privacy concerns.

Gurley was suspended indefinitely by Georgia on Thursday during an ongoing investigation into an alleged violation of NCAA rules.

King was the lead attorney on eligibility cases involving Auburn quarterback Cam Newton and Texas A&M quarterback Johnny Manziel, both of whom were reinstated after a quick NCAA investigation.

Unlike the Manziel case, where King worked on behalf of the school, he has been retained by Gurley. Georgia announced Friday that it was paying for Gurley’s representation.

Way to go, fellas.  Institutional support of Gurley is the right move.  Of course, it should have been the right move for AJ Green, too.  What this suggests, though, is that the school has finally learned the lessons of NCAA enforcement history over the last four years and intends to play the game according to the new rules.  That is a very encouraging development.  Also – and I don’t want to get too optimistic on you here – does anybody really think that Georgia’s athletic department spends money on a cause it knows is clearly lost?

And that’s only half the story.  Yesterday in one of the comment threads, somebody asked me what I thought Greg McGarity ought to say right now about the situation.  Well, upon reflection, I think he ought to say something like this:

I would like to make a few additional comments about yesterday’s announcement regarding the suspension of Todd Gurley.

While we have made extensive efforts to gather all relevant facts, this is still an ongoing and obviously sensitive matter involving a student-athlete. Because of federal privacy laws, NCAA rules, and the ongoing nature of this matter, there are limits on what I can say at this time. While we unfortunately cannot get into details, there are a few things I would like to make clear to those who support the University of Georgia.

There is currently a lot of misinformation about this matter in the public domain, and many pundits are offering opinions that are based on incomplete or erroneous information.

While that is unfortunate and while we can’t control the pundits, I want to assure the Bulldog Nation that from the time this matter arose and continuing through today, University of Georgia personnel have worked tirelessly, making every effort and taking all appropriate steps to support our student-athletes and our coaches and to act in the best interests of the University of Georgia.

We have made clear to Todd that regardless of what happens with this case, he is still a member of the Bulldog family, and we will support him in every way we can.

Rest assured the University is continuing its efforts to resolve the eligibility matter as expeditiously as possible and in a manner that is in the best interests of the University, its coaches, and its student-athletes.

We will continue our proactive and extensive program of rules education for our student-athletes, coaches, and staff.

Because of the ongoing nature of the matter, unfortunately I cannot make any more comments at this time.

I encourage the Bulldog Nation to continue to pull together during this difficult time and support all of our coaches and student-athletes as we move forward.

That is… pitch perfect.  It serves to calm the waters with the fan base and put the focus back on supporting the program.  It lets Gurley know the school has his back.  It lets us believe that McGarity isn’t being a passive observer this time – and sends that same message to the NCAA.

Honestly, as much crap as I’ve thrown McGarity’s way, when he gets something this right, he deserves nothing but praise for a job well done.  I hope this is a sign of the start of better things for the program on a host of different fronts, but that’s carping right now.  This may turn out to be Greg McGarity’s finest hour and I’m okay with that.  Nicely played, sir.

Filed under Georgia Football, The NCAA