And I am amused.  Troll be trolled, man.

I don’t know if you’ve seen what other schools replacing head coaches have been up to recently, but there are three recent hires that interest me.

I’ll be curious to see how this plays out.  My guess is that Sanchez has the roughest time of the three, but we’ll see.

“In the end, Jack Bauerle and the University of Georgia know it could have been much worse.”

The NCAA on Tuesday finally provided an ending to the year-long academic controversy that ensnared Bauerle and his ultra-successful swimming and diving program. The NCAA’s infractions committee “substantially agreed” that Bauerle provided a star swimmer an impermissible benefit when he interceded into academic matters last December and also “failed to promote an atmosphere of compliance.”

…  The NCAA pointed out in its 17-page final decision that the Level II violations still considered “significant breaches of conduct.”

“(Bauerle’s) actions were intended to create more than a minimal competitive advantage and it involved conduct that could have undermined and threatened the integrity of the NCAA Collegiate model,” the panel wrote in its decision.

From what I can tell, the brunt of the punishment has fallen on Bauerle and not on the school.  Heck, Georgia’s even gotten him to agree to reimburse the athletic association’s legal fees (almost $114K!) for supplying his defense. So from that standpoint, you can say it was a successful appeal.

I mention this only because I have the feeling that Todd Gurley’s suspension appeal was sacrificed on the altar of Jack Bauerle because the latter’s case was perceived as a greater existential threat by the decision makers in Butts-Mehre than Gurley’s was.  That they were probably right about that is of little relief to the fan base, I’d guess, though.

“Next year won’t be the year.”

That’s according to Barrett Sallee, who think Georgia has no shot at winning the SEC East in 2015 (yeah, I know what the header says) (1) because roster turnover and (2) because – don’t snicker – the East is going to be more awesomer next season.  No, really.

If anything, the East will be better than it has been over the last two seasons. Florida turned over a new leaf and is rebuilding the program with offensive-minded head coach Jim McElwain. Tennessee’s rebuilding effort is entering Year 3 and includes a small village of talented skill players on offense and a defensive line that includes Derek Barnett and incoming monsters Khalil McKenzie and Shy Tuttle.

I always love parochial thinking like this.  Fans always think it’ll be their program that improves, while conveniently ignoring how competing programs will improve in similar fashion.  And player turnover is always the other guy’s problem.  Sallee’s a blogger, but notice that Tennessee’s incoming freshmen are going to make a difference while Georgia’s…

Georgia has a great class coming in 2015, but with Alabama in Athens and Auburn on the Plains, the World’s Largest Outdoor Cocktail Party in Jacksonville and a road trip to Tennessee on the schedule, next year won’t be Georgia’s year.

And as for Florida, c’mon.  Talk about a team that’s going to have to rely on incoming freshmen to jump start the offense…

Look, there are plenty of reasons to be pessimistic about Georgia’s chances next season.  (I’d argue the biggest is regression to the mean on the turnover front, but what do I know?)  But to argue that the SEC East is going to overtake Georgia in 2015 seems a bit of a stretch from here.

2015 outlook: Even without Gurley and some important seniors — namely linebackers Amarlo Herrera and Ramik Wilson, cornerback Damian Swann, receivers Michael Bennett and Chris Conley, and quarterback Hutson Mason — Georgia still has reason for optimism next season. For starters, Richt announced over the weekend that outside linebackers Leonard Floyd and Jordan Jenkins, receiver Malcolm Mitchell and left tackle John Theus will all return. If Georgia can find a consistent replacement for Mason under center, Chubb and the returning skill talent should help the offense remain productive. It’s reasonable to expect the defense to keep improving in Year 2 under Pruitt, as well.

In case you were wondering…

Filed under Fall and Rise of Bobby Petrino, Georgia Football

As a Member of the Tribe, I have to admit this gave me a chuckle. 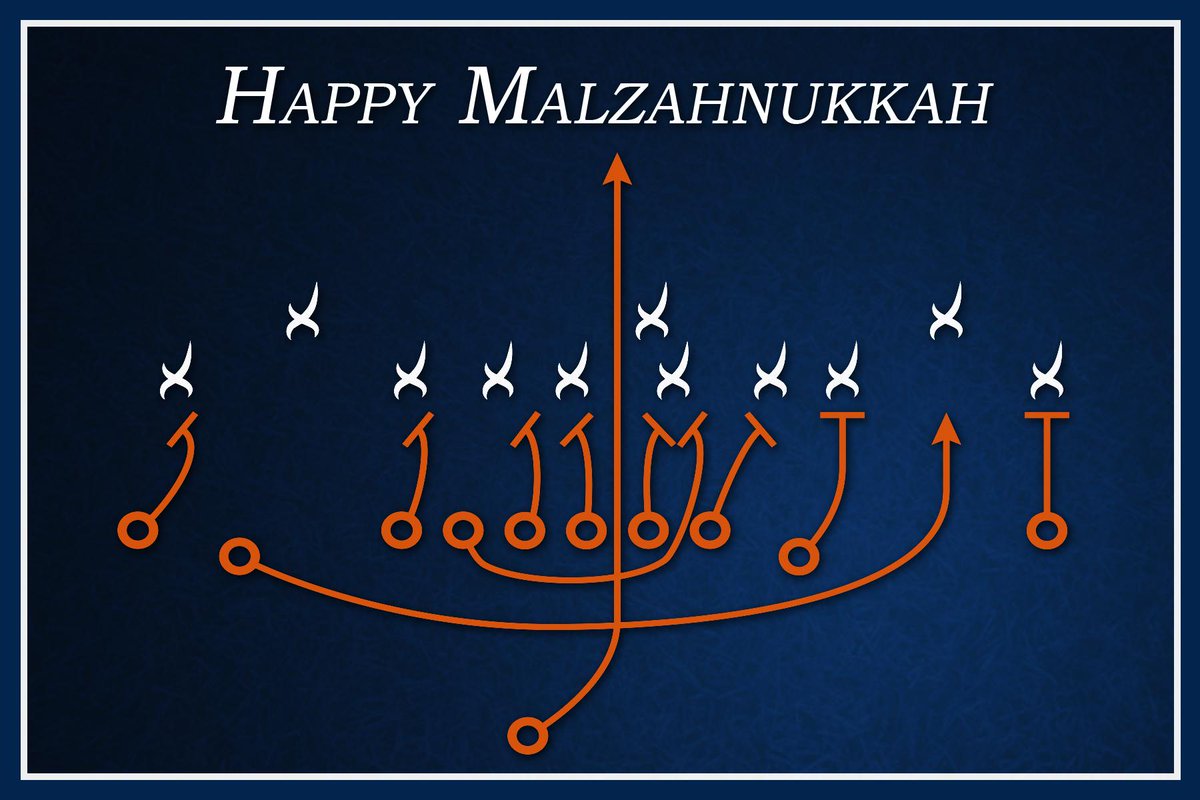 Sounds like some Gator fans aren’t happy being on the other side of the Agent Muschamp divide now.  That’s to be expected, but Boom’s already rubbed a bit of salt into the wound with this recruiting trail observation:

It didn’t take Will Muschamp long to take a thinly veiled shot at Florida’s facilities after taking the defensive coordinator job at Auburn, mentioning Auburn’s top-notch facilities in his opening statement.

“All the facility changes and all the nice things that have happened within this campus is awesome to see,” Muschamp said. “I’ve seen the Wellness Center and I know the student-athlete housing. On the recruiting trail, all the kids that would come to Florida would come to Auburn and tell me how nice the housing was here, so it’s good to be on that side of it now. I’m excited about that.”

Florida’s University Athletics Association doesn’t have control over the student dorms that many football players stay in, but they’re yet another factor contributing to the growing narrative that the Gators are falling behind in the facilities arms race. Muschamp’s comments certainly won’t help the Gators any in that regard.

Jeremy Foley purports not to know what Muschamp is talking about.

“I wear orange and blue goggles a lot and I’m open to have wide-open eyes, but I don’t agree that our facilities have fallen behind,” Foley said. “We judge our facilities based on can they help our programs be successful? Do they make an impact on their ability to be successful, whether that’s a weight room for football, gymnastics practice studio, what have you. As you look around our facilities, we’re not into bell and whistles.

“We’re putting a major expansion into our academic center. We’re designing that right now. I think when you bring young men and women on campus with their parents, I think their commitment to their to academic success and personal development as human beings is really important, all right? So we’re always looking to upgrade our facilities, but we’re not getting into an arms race and our facilities aren’t any issue, in my opinion, affecting our success. A new coach will come in here, every coach that comes in needs something new, I don’t think this meeting room looked like this until Will got here, all right? But that’s the way it works. On a major scale that’s not impacting our success at all.”

Greg McGarity couldn’t have said that any better if he tried.

But McGarity also has the luck of avoiding a costly fight that Foley may have on his hands to keep a key recruiter on campus.

But the last part of Muschamp’s move — the dreaded other shoe — might be his recruitment of Florida defensive backs coach Travaris Robinson to join him at Auburn.

Robinson was an Auburn player, is an Auburn grad, and got into coaching because of Muschamp — he was a graduate assistant while Muschamp was Auburn’s defensive coordinator in 2006 and 2007. For him, heading to Auburn would be going home, potentially raking in a raise — Robinson has made $500,000 a year at most at Florida, and Auburn could pay a bit more than that — and a promotion (Auburn already has co-offensive coordinators, and a meaningless title for Robinson’s C.V. wouldn’t be hard to add, in theory), and a chance to keep learning from and working with a man who is among his most important mentors. It makes a ton of sense for him to go, by any objective analysis.

But Robinson’s also a son of Miami, and he likes Florida, and he has done significant work at Florida, and it’s very clear that McElwain trusts him. Robinson was, as of Sunday, still recruiting for the Gators, and while it’s possible, I doubt that McElwain would be bringing a coach who he knows is leaving for another job on in-home visits. At minimum, Robinson’s proximity to McElwain this week suggests that McElwain very much wants to retain him.

That might set up a bidding war, or a tug of war between two different definitions of home, for his services.

Ooh, “bidding war”:  the two words that send a shiver up the spine of any cost-conscious athletic director.  The truly juicy part here is that both Auburn and Florida are in the midst of paying out big money to coaches who no longer are employed by the schools.  The difference is that Jay Jacobs, unlike Foley, doesn’t give a shit about that.

Get some popcorn, kick back, and enjoy.

What’s next year’s passing game going to look like?

In their latest podcast, Seth Emerson and Gentry Estes discuss how big a deal the return of Malcolm Mitchell for the 2015 season is for Georgia.  Given the departures of Georgia’s most experienced receivers, they’re right.  But Estes goes on to note something about Mitchell that made me think:  this season, Mitchell has averaged 8.18 yards per catch.  Compare that to his career stats in that department.

Essentially, Malcolm Mitchell disappeared as a deep threat this season.  And before you lay that on his recovery from injuries (and remember, he made some tough, tough catches this year), compare Georgia’s overall average this season to years past.

That’s a period that covers four quarterbacks.  This season was the lowest average Georgia posted over that seven-year term, and by a pretty wide margin.  Whatever you want to blame that on, it’s pretty clear from the stats (and, not surprisingly, if you watched the games) that Georgia didn’t have as much of a deep passing game as we’ve been accustomed to seeing.

I’d argue that Bobo had a feel for that going into this season and planned accordingly by emphasizing completion percentage and ball control to make up for the lack of a deep threat.  Is that a reflection of Mason’s strengths and weaknesses?  If Bobo was doing his job, yes.

Whoever starts at quarterback in 2015 is going to bring a different skill set to the job than Mason brought this season.  (I’m assuming for the sake of argument it’ll either be Ramsey or Park.)  More arm strength, far less experience and a less experienced receiving corps to throw to is what we should expect.  Also, you’d have to think that whoever steps up in the two-deep isn’t going to be as solid blocking downfield for the run game as Bennett and Conley have been.  However, the offensive line, with four returning starters and what appeared to be some quality depth this year, ought to be a strength.

What does all of that add up to?  Probably some hiccups, especially early, which translates into more turnovers and a lower completion percentage than we got in 2014.  The question is, does Bobo return to the deep game to counterbalance that falloff?

Major college football home attendance in 2014 dipped to its lowest average in 14 years as many schools continue to struggle to fill seats.

The data is spread out, as you might expect.

There are all kinds of issues you can point to for the decline – obviously the home team sucking counts big time in places like Florida, Michigan and Texas – but longer term, it’s some of the fallout you have to expect as college football migrates from being a regional sport to a national one.

The University of Alabama at Birmingham… had the second-largest FBS increase in 2014. The Blazers averaged 21,841 fans per game, better than 36 other FBS programs and up 107 percent from last year.

Another day, another buffet.