If you knew Gurley like Aaron Murray knows Gurley…

“For many people, being a fan becomes a part of their identity.”

That would be the asshole part, I guess.

Maybe this time there’s a method to the madness.

Initial responses to the NCAA-imposed penalties on LSU for engaging in unacceptable levels of contact with a kid who signed a financial aid agreement with the school but eventually wound up at Alabama have largely been along the same line:  a “confusing rule“, a rule that “has to change“, “the NCAA’s attempt to address the unintended consequences of its prior action are now having additional unintended consequences“.

An accidental mess, in other words, created by everyone’s favorite organization’s ineptitude.

Except what if it isn’t an accident?  As MaconDawg suggests, “Finally, and perhaps most NCAA-y of all, this episode creates a real disincentive for schools to offer FAAs to players.”  Yeah, so?  Methinks it’s quite possible the NCAA perceives that to be a feature, not a bug, of the rule.

We already know the NCAA is, if not outright hostile to, at least unconvinced about the need for players to be able to avoid signing a NLI to play college football.  If you can’t arrange an outright ban of recruits being able to avoid signing the letter, isn’t muddying the waters so much that the schools refuse to offer the possibility in fear of what’s happened to LSU the next best option?

When Nick Saban isn’t narrowly pursuing his self-interests, I find he often has thoughtful things to say about college football.  This is one of those times:

I think that’s right.  But I’m not as sure as I used to be that the people running college football care nearly as much about the bowls as they once did.  And I’m also not sure that those folks have really thought out the implications of playoff expansion as it would affect the bowls.

I’m assuming Saban’s talking about the top-tier bowl games.  The lesser sites will continue to exist as long as there is an appetite to broadcast them on ESPN and there are seven-win and mid-major schools to fill them.  But you’re already seeing the trend of the conferences taking greater control over the bigger bowls, which may be a precursor to outright replacement with playoff games.  (And with expansion will come a greater likelihood of at least some of those games being played at a team’s home site, not at a bowl.)

More shedding of tradition, in other words.  Some, no doubt, will welcome that as progress.  But what it will really represent is another step in the sport’s journey from being based on strong regional ties to being one based on national appeal.  If you ask me, something meaningful will be discarded in the process.

As Jim McElwain put it, “The issue there is that I think it will lose a lot of what is college football,” he said. “I’d hate to see that.”

I guess Hocke has some folks at Butts-Mehre fired up.  Let’s hope he’s just as good connecting with the players.

Barrett Sallee asks Vince Dooley for his thoughts on the topic, and I’ll be damned if Dooley doesn’t say he would prefer that Herschel Walker hadn’t played in 1980.

“In an ideal world, I would like to see freshmen ineligible,” Dooley, who doubled as Georgia’s athletics director from 1979-2004, told Bleacher Report. “Particularly in basketball. I’d have to make economic sense in football, which is the biggest question. You’d have to add a large number of scholarships. In basketball, you might have to add a couple of scholarships, but not as many. So it wouldn’t be as big of a financial strain as it would in football.”

This, despite acknowledging that a few true freshman every year are capable of playing college ball and that Herschel was the best player on the team as a freshman.

I’m just curious how many of you agree with him.

A quarterback battle is fine, as long as somebody wins the war.

So, Mark Richt popped up on Finebaum’s show the other day to talk about his quarterback situation going into the spring (pro tip for PAWWWLLL:  getting the name of last year’s starter wrong really undercuts that air of gravitas you’re trying so hard to project) and had this to say:

“We’ve got three guys right now on scholarship that are going to be battling away for that job,” Richt said Wednesday on the “Paul Finebaum Show” on the SEC Network. “I don’t really see a frontrunner right now. I see three guys that have a lot of talent, that have a lot of competitive spirit about them. I think it’s going to be a great competition.”

In other words, not too much.

Weiszer goes on to summarize the current situation well.  You’d think it’s Ramsey’s job to lose.  You’d also think if Ramsey doesn’t show out better in the spring than he did in the Belk Bowl, he will indeed lose it.  And having a new offensive coordinator/quarterbacks coach doing the assessing and breaking in is clearly the X-factor.  So it’s understandable that Richt’s a little foggy about who’s going to be the man.

But more than worrying about who wins the job, I just hope that one of the three does win it in the spring.  (Insert your G-Day joke here.) Seriously, this would not be ideal:

The quarterback battle could roll into August or maybe even September. Georgia doesn’t open this season with Clemson and South Carolina. It opens on Sept. 5 against Louisiana-Monroe followed by Vanderbilt. If it’s a close call on who should be the starter, perhaps it will be decided in an actual game.

They need to be building rapport, timing and leadership at the position sooner than later.  The longer they have to put that off because of a quarterback battle that extends into the season, the greater the likelihood that the offense is more disjointed than we’ve been used to seeing.

Ladies and gentlemen, presenting the first marketing campaign based on trolling the NCAA. 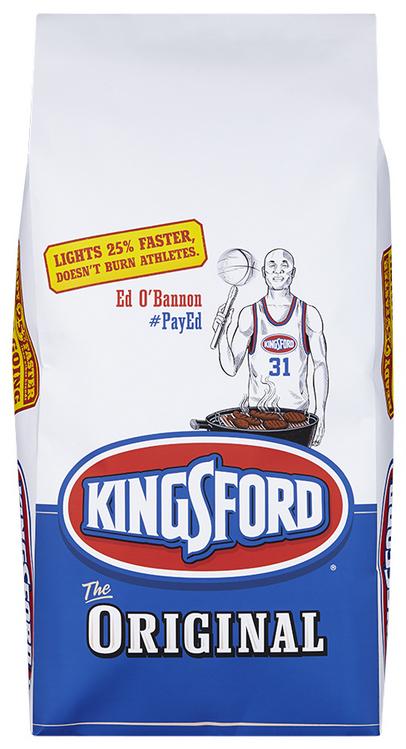 Shoot, I’m tempted to go pick up a bag, and I own a gas grill.