I have no idea which anonymous SEC coach said this, but I can’t argue with any of it.

“I think Georgia is as talented as anybody in the league other than Alabama,” one coach said. “I think they underperformed last year. … They lost to Tennessee and should have won that game. They lost to Georgia Tech and Vanderbilt. That has got to get corrected. If Georgia goes 7-5, he’s Derek Dooley at Georgia. Derek was a 6-6 guy. It Kirby doesn’t get it done by his third year, they’ll fire his ass.”

I just hope that doesn’t mean loud pants and shower hygiene lessons are in our future.  I don’t think I could take that.

UPDATE:  Regarding talent, coaching dude may have a point. 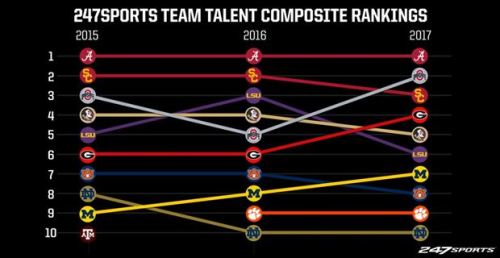 56 responses to “The SOD standard”