Sure, they’re laughing about it now…

If new football coach Jimbo Fisher didn’t quite get the message of what Texas A&M chancellor John Sharp expects of him, Sharp put it in writing.

By awarding Fisher a national championship plaque – of the future.

“… You get to fill in the date,” a chuckling Sharp said, in handing Fisher the plaque during the annual Chancellor’s Century Council meeting in mid-February before a roomful of Aggies.

Sharp’s gag is revealed on a YouTube video released by the A&M university system and particularly highlighting A&M-Commerce. It was first brought to public attention on Wednesday by Travis Brown of the Bryan-College Station Eagle.

Sharp has said he expects a national title at some point from Fisher, who was awarded a guaranteed 10-year, $75 million contract from A&M in December, after the Aggies lured him from Florida State. Fisher, 52, won a national title with the Seminoles in 2013. 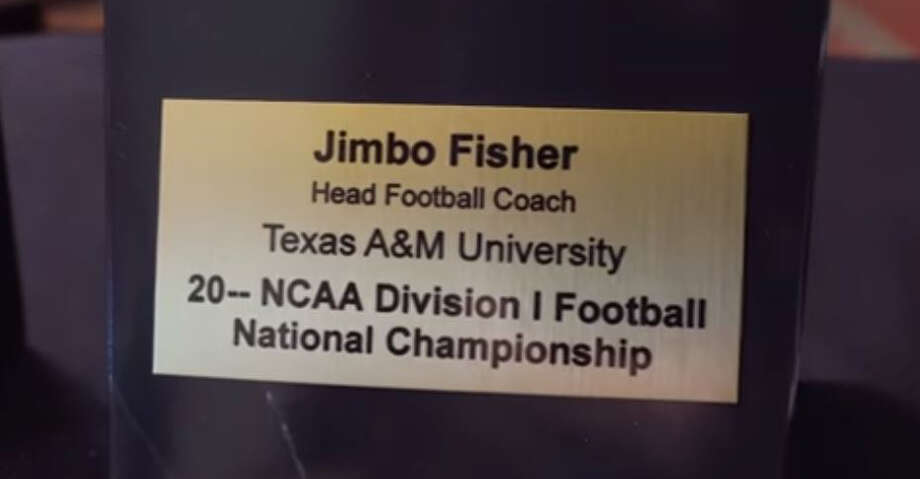 Let’s see how funny it is in a few years if the Aggies don’t have one.

13 responses to “Sure, they’re laughing about it now…”