“There are no worries at the quarterback position at the University of Georgia for a long time.”

Read Rocky Top Talk’s list of SEC head coaches and see if you don’t get the same chuckle I did comparing the logic behind their placement of Jeremy Pruitt at nine and Joe Moorhead at ten.  And, yes, I’m using “logic” in the loosest imaginable sense.

I heard it on the Internet, so it must be true, a continuing series

This popped up out of nowhere Friday.

Pending an official announcement, Clemson and Georgia will begin a 3 game series in the near future. pic.twitter.com/pPKd1qmqKX

Whatever the explanation, “near future” is doing a lot of work there, seeing as both schools have schedules locked down for several years now. 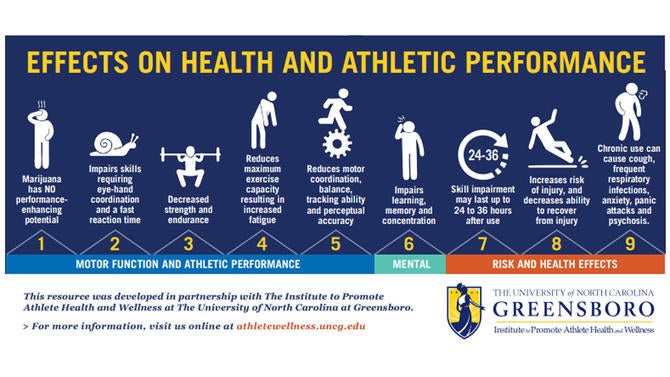 Dennis Dodd notes what should be an entirely unsurprising trend.

… The NCAA and its member schools are increasingly breaking out marijuana testing from those involving sinister performance-enhancing drugs.

Some test for them separately. Some test for them less frequently. All of it reflects the fact pot is more socially acceptable than ever, and when it comes to sports, it definitely isn’t performance-enhancing.

“I think in five years, [marijuana testing] is going to be gone,” said Christian Dennie, a Fort Worth, Texas-based attorney who has helped negotiate, challenge and write drug policy at professional and amateur levels.

It’s certainly trending that way. Four years ago, the NCAA and its members made their own statement. The penalty for a positive marijuana test was cut in half from a year to six months.

Colorado State compliance director Shalini Shanker says she has three marijuana dispensaries within a square mile of her home. Recreational marijuana was legalized in the state in 2014.

“A lot of people thought we would get an increase in recruits because marijuana was legal in Colorado,” Shanker said. “All the sudden we’re going to get these five-star recruits who want to come smoke weed.

“That has not been the case.”

… I wonder what will be the case if five years from now the SEC is the only P5 holdout regarding marijuana testing.  Hopefully some enterprising reporter will ask Michael Adams for an opinion then.

Filed under The Body Is A Temple, The NCAA

Notre Dame just received a commitment from one of the top ten prospects from the state of Tennessee, four-star wide receiver TJ Sheffield.

Normally, of course, I don’t give a rat’s ass about a July commitment, especially one that doesn’t involve UGA, but I’m making an exception in his case because of one amusing historical note:  “Sheffield originally committed to Tennessee only to decommit after Alabama defeated the Vols 45-7.”

Man, Booch left such a bad taste in this kid’s mouth that not even Fulmer and Pruitt could wash it away.  (Although, what do you figure the odds are that Vol message board fans are dismissing this by saying Pruitt doesn’t really want him?)

Today, in the Georgia Way

Seth Emerson has a piece up at The Athletic ($$) about beer sales at SEC venues in which he cites yours truly, but that’s not what I want to highlight here.

The SEC is, as I’m sure you’re aware, unique among the P5 conferences in that stadium beer sales are prohibited by conference rule.  In other words, even if an individual school wanted to permit beer sales, it can’t.  It’s also pretty well established that one of the more fervent backers of the status quo is Georgia.

Seth had the temerity to ask questions about the school’s stance.  He got crickets.

The Athletic sent three questions to Georgia athletics director Greg McGarity, his spokesman and school spokesman Greg Trevor: 1) Is a report by Sports Illustrated, that Georgia is pushing hard behind the scenes to keep the SEC prohibition, true? 2) If so, what are UGA’s main concerns about selling alcohol in the stadium, in general in the SEC and specifically at Georgia home games? 3) What is the response to criticism from some UGA fans that UGA allows alcohol to be served in suites and boxes and that it’s unfair to keep it from being sold to the general public?

McGarity did not respond. An athletics department spokesman said the alcohol policy was “not on any agenda, proposals, etc., at this time.”

Trevor, the school spokesman, responded with a two-sentence statement: “The university follows the SEC’s rules. We have nothing to add.”

I think you misspelled “sets”, Trevor, my man.  Even so, there’s nothing more Georgia Way than standing firmly behind a policy you can’t or won’t defend publicly.

Oh, and look who else has signed on.

A request was made to speak to Jimmy Williamson, UGA’s outgoing chief of police, or anyone in law enforcement. The request was not granted.

Filed under Georgia Football, I'll Drink To That

Raise your hand if you thought The Band’s Music From Big Pink was destined to become one of rock’s most influential albums when it was released fifty years ago (assuming you were listening to rock music then).

Many rock veterans regard Big Pink as a sacred text. Eric Clapton, said to have been haunted by it, confessed to listening daily. Roger Waters placed it right behind The Beatles’ Sgt. Pepper’s Lonely Hearts Club Band as the most influential record in rock history. “Sonically, the way the record’s constructed, I think Music From Big Pink is fundamental to everything that happened after it.”

I bought it at the time and liked it, but I don’t think I really appreciated it until after I listened to Columbia’s half-assed release of Dylan’s Basement Tapes in the mid-70s.  That’s when it clicked for me, although I didn’t learn about Clapton’s worship of the album and how it changed his approach to recording — evidently, Layla wouldn’t have been Layla without Big Pink — until later.

Anyway, here’s my favorite tune from the album, “Chest Fever”.