An adjustment in Baton Rouge

… Even in LSU’s biggest victory of the season, a 20-point trampling of No. 2 Georgia, the Tigers had problems slowing down the Dawgs’ ground game. Georgia opened its second series with runs of 12, 18 and 17 yards — two of those plays featuring the same type of blocking scheme Orgeron is showing on the screen in the combo drill.

“They’re shoving the ball right down our throats, running Inside Zone, combination block on the nose tackle,” Orgeron told The Athletic. “The way (Georgia tailback) Elijah Holyfield hit that hole you thought it was a friggin’ freight train. I watched Holyfield run over my safety (John Battle). That back is hitting that hole quick. That’s his play. I’m like, ‘Aw shit.’ We were playing shade. I told Dave (Aranda) go to zero.”

The adjustment was moving 330-pound nose tackle Ed Alexander from playing as a one-technique shaded over one of the shoulders of the center to head up on Georgia’s Lamont Gaillard, who Orgeron had said was the best center he’d studied on film in years. Georgia ran for 69 yards on that second series of the game. The Dawgs managed just 44 yards on 19 carries the rest of the day.

“We went to zero and we shut their ass down,” Orgeron said. “We played head-up and two-gapped Rougarou (Alexander), and those guys from Georgia said nobody’d ever done that to ’em.

I guess that’s why Chaney and Pittman didn’t adjust.  Sheesh.

“I’m going to let you guys figure it out.”

When it comes to trolling Georgia, Dan Mullen is no Steve Spurrier.

I suspect the same standard can be applied to being the Florida head coach.

At Auburn, a tradition unlike any other

Auburn, where there’s always another Heisman quarterback candidate waiting in the wings to blossom under Gus’ guidance.

At Georgia Tech, a tradition unlike any other

The mashing of the football program and Dragon*Con cosplay, that is. 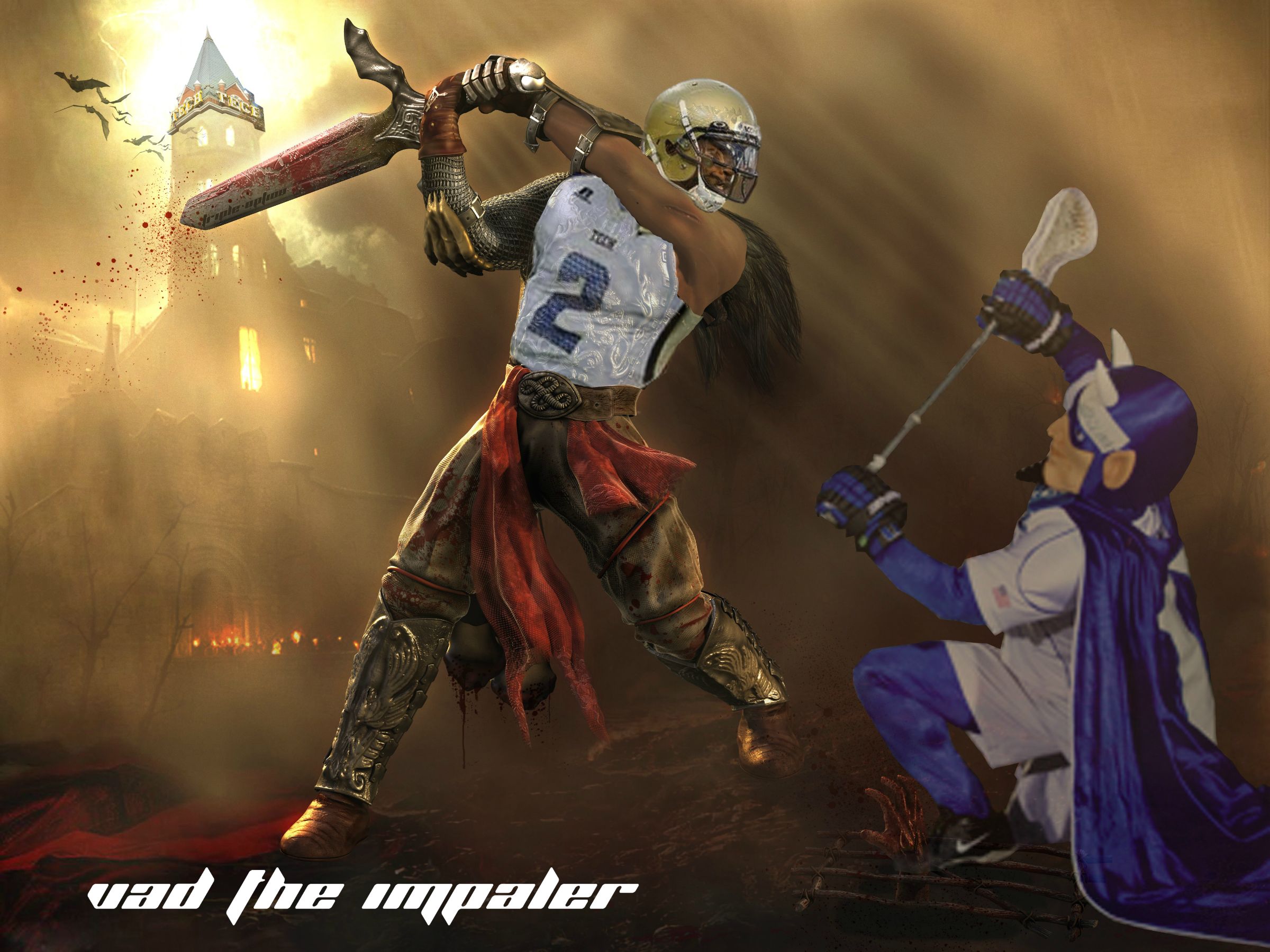 A position in transition

In terms of experience, the only position at Georgia thinner than tight end is quarterback.  There’s Charlie Woerner, and then there’s this:

At Shiloh High, Kolby Wyatt was named a Gwinnett County scholar athlete of the year his sophomore, junior and senior seasons. Peyton Mercer graduated from Emanuel County Institute with a 4.0 grade point average and made the dean’s list last fall.

This spring, they happen to be among the top four tight ends for the Bulldogs.

There are three more coming in to join those two, along with Woerner and John Fitzpatrick.  One of those is an early enrollee recovering from a torn ACL.  Another is Tennessee grad transfer Eli Wolf, who had a whopping five catches last season for the Vols.  (To be fair, Wolf is considered a good blocker for his position.)

Should Woerner go down, it’s hard to see much production coming out of the rest of this bunch in 2019.

“The whole thing has been figuring out what people can do.”

Andy Staples takes a look at the monumental task Geoff Collins has ahead of him remaking Georgia Tech’s roster.  As Staples puts it, “… if the Yellow Jackets flop on the field, all the Waffle House cups, ATL hats and 404 sleeves in the world won’t help.”

There’s a reason the man got a seven-year deal.  He’s gonna need it.