Great, but not great enough?

If you want to read a stat-laden piece about Georgia’s last two seasons, then, buddy, this FiveThirtyEight story is right up your alley.

There’s lots of interesting data to digest, but this in particular caught my eye:

Georgia does lose five starters apiece on offense and defense from last season, including cornerback Deandre Baker, who won 2018’s Jim Thorpe Award as the country’s top defensive back, and receivers Mecole Hardman and Riley Ridley. But Fromm’s return negates one of the biggest factors in an offense’s demise: losing the starting quarterback. 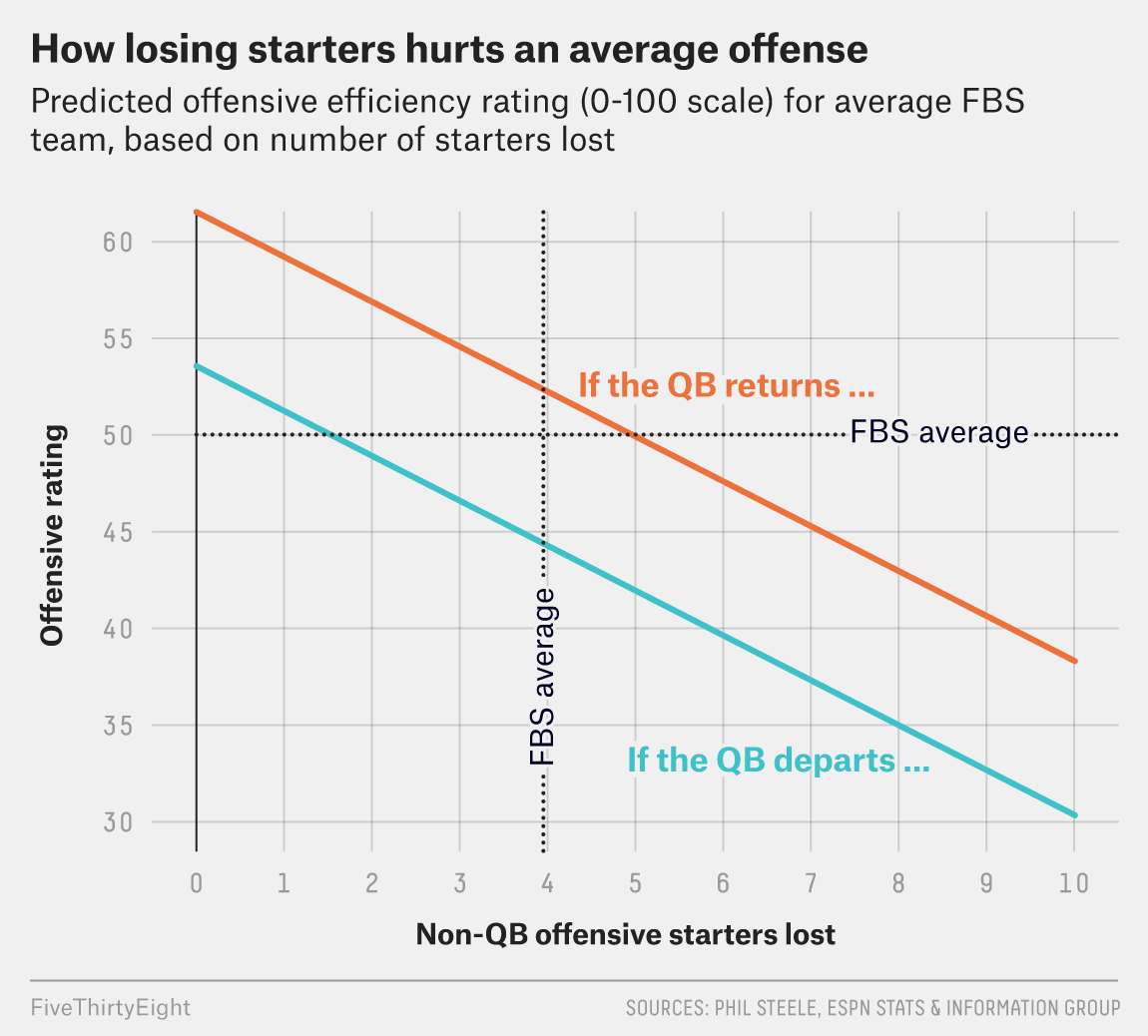 According to data collected from the 2001 through 2017 seasons, a previously average offense that loses five starters including the QB would expect to be about 12 percent less efficient than before. However, if the team retains its signal-caller, it can basically expect to carry on without missing a beat — great news for an offense as strong as UGA’s last season. The same can be said for a defense that loses five starters between seasons; our research says that team can also expect no real drop-off in efficiency between seasons, generally speaking.

The tl;dr version of that:  Georgia is reloading, not rebuilding.  Hubba hubba.

Now, the Dawgs just need to go out and beat ‘Bama, which, unfortunately is doing the same, but at a higher level.

14 responses to “Great, but not great enough?”