He didn’t go there to paint.

"I wanted to come here today and apologize to everyone for how things ended."

You gotta figure he’s angling for a Saban offer next, amirite?

Life doesn’t get much better than this! Just think I could be grading film right now!! pic.twitter.com/6s5V6JMYJE

Filed under Life After Football

Kirby Smart: "Nobody on our staff will be working on Notre Dame this week."

So, the guy who devoted time at every practice last season preparing for Georgia Tech’s triple option doesn’t have a single staffer breaking down tape of the Irish this week?

Arkansas State must have more than just a helluva long snappah. 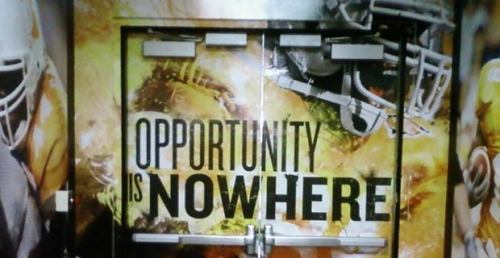 #Vols coach Jeremy Pruitt: We’re nowhere near the ceiling of what this team can be. I really believe that.

I do, too, fella.  We might disagree on how near the floor is, though.

Jeremy Pruitt, talking to the Knoxville QB Club, mentioned players leaving the program recently and referenced the scene in Titanic where the mice ran to the top of the ship as it sank. Saying you find out who really wants to be here.

Analogizing your football team to the Titanic?  Damn, son, I don’t think I woulda said that.

This week in SP+

If you want to understand Kirby Smart’s brand of football, look no further than Bill Connelly’s chart for Week 2.

There is only one team on that list that is top ten in all three areas.  That’s Kirby’s secret sauce.  Georgia may not be dominant in one particular phase of the game (although that # special teams ranking is pretty stout), but it’s not going to be exposed anywhere, either.

Observations from the 35, Murray State edition

The naming ceremony was a nice tribute to a man who deserved that.  Plenty of Coach Dooley’s former players showed up to honor him.  Barbara’s attire was appropriate.  Things were capped off with the playing of “Dooley’s Junkyard Dawgs”.  All in all, well done.

Best of all, nobody on the field fainted from the heat.  No, it wasn’t third level of hell hot like that 2010 Arkansas game, which still stands as the most miserable I’ve been at Sanford Stadium, but it was oppressive until the fourth quarter, when the sun finally was blocked by the scoreboard.  September is definitely the month to have a seat in the South stands for day games.

Speaking of the heat, kudos have to go out for a couple of things.  First, the athletic department deserves credit, and plenty of it, for having the foresight to allow fans to bring in unopened water bottles and then having the water stations available for refills.  Speaking personally, that was a lifesaver.  Second, I was impressed that no Georgia player had to come out of the game for cramping.  Some of that’s due to conditioning and some probably to all the players who were rotated in, but either way, that’s notable.

On to the bullet points.

All in all, mission accomplished.  Georgia, once it really got going, steamrolled a team that it should have, got tons of players in the game and managed to avoid injury.  I doubt the game plan for Arkansas State is much different.  Now, if the coaches can get the players’ attention for a full 60 minutes, they’ll really have something going in time for Notre Dame.

Today, in brevity is the soul of wit

The problem: The Vols are a hapless, poorly-coached football team. Even worse than usual.

Is it fixable? I seriously doubt it.

As the Talmudic scholar once said, all the rest is commentary.

Filed under Because Nothing Sucks Like A Big Orange, Media Punditry/Foibles

Nick Saban says you can’t leave this post until you finish reading it.

LOL.  Tennessee fans have given up their Gruden fetish and turned their focus to an old familiar face.

This is being taken as a sign that somebody is auditioning for a job in Knoxville:

"You're talking about one of the top 10 jobs in America" – Urban Meyer pic.twitter.com/5Zzgxs99wS

Me?  I take that as a sign that somebody thinks things are really snafued in Knoxville.  But you do you, Vol fans.  It’s got to beat believing the current staff is going to turn things around in 2019.

Filed under Because Nothing Sucks Like A Big Orange, Urban Meyer Points and Stares

If you can make it there, you’ll make it anywhere.

George Pickens demonstrated on Saturday that he already possesses the natural receiving skills to excel on a D-1 level (he may already be Georgia’s best receiver in that regard), but if you want to know why I expect him to crack the starting lineup sooner rather than later, just check out this comment from his head coach:

“George has stepped up and is starting to become an overall player,” Smart said. “Probably the most impressive thing he did today was the block on D’Andre Swift’s long run. He did a great job of going after the safety that was able to spring Swift. When you can do that as a freshman, that’s more impressive to me than diving and catching the ball.”

I have no doubt Kirby feels that way.

That wasn’t the only great block he threw for Swift.  He managed to seal the edge on Swift’s second rushing touchdown.

Kid’s got a future, I suspect.