A couple of troubling trends for Saturday

I mentioned yesterday that Georgia tends to see Auburn’s best when the Tigers are still playing for bigger stakes, which, realistically speaking, they won’t be doing this year.  It seems only fair, however, to cite a couple of things that run in favor of the Gus Bus.

One is something you’ve probably heard about.

For what it’s worth, though, none of those wins have come against Georgia. 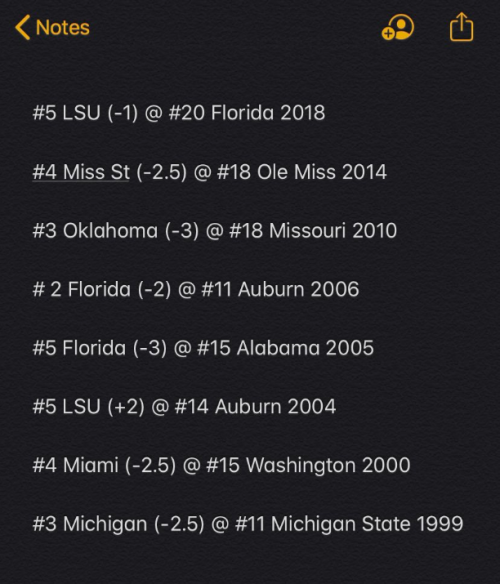 Again, no Georgia there, although Auburn is on there twice, both way before Malzahn’s time.

Interesting stuff.  I don’t think any of it trumps Georgia being the team with more to play for Saturday.

16 responses to “A couple of troubling trends for Saturday”