I think he touches on every NCAA talking point in three paragraphs.

You had to know if there’s one thing that could bring Duke and North Carolina together, it would be money.

Filed under ACC Football, It's Just Bidness, The NCAA

Shrugging off the narrative

Which SEC head coach is the closest to becoming the next Nick Saban? Kirby Smart, of course. I explained why on @CBSSportsHQ pic.twitter.com/238rMat2PJ

Pssst. Lemme tell ‘ya about Georgia.

Athlon is out with its preseason mag, which means it’s time, once again, for anonymous coaching quotes!  (As an aside, here’s my yearly reminder that this stuff hasn’t been nearly as good as it was when Tommy Tuberville was ragging on his peers.  If he gets elected to Congress as the next Senator from the Great State of Alabama, I’m looking forward to his press leaks about those schmucks.  But I digress.)

Anyway, here’s what opposing coaches had to say about Georgia:

“Everything is focused on their offense. D’Andre Swift is gone and so is most of that OL, but the whole key is going to be the quarterback play. Jamie Newman is completely different than what they’ve done in the past, so expect a quarterback run game and RPOs, not as much dropback. Maybe none? How can they adapt that offense to fit his skill set? Will they bend with that? With (offensive coordinator) Todd Monken, they will be different, but how much so depends on what the kid can handle.

“I think defensively they’ll be as good as they always are. They’re great at never making you comfortable. For as athletic as they are, they’re still smart, too, meaning they’re going to throw different coverages at you, maybe more than necessary. You get nothing for free against Kirby Smart.

“The nose tackle (Jordan Davis) is dominant, they’re disciplined and the front and linebackers have looked a little bit more like those Bama-era Kirby defenses every year since he’s been there. Longer and faster, longer and faster. They can drop into coverage, they can play big-boy stuff on the run.

“They have to be that level this year. The pressure is real to win in Atlanta, so you have to lead with defense.

“They certainly went through an identity crisis, and that’s what they have to settle in camp. You could kind of understand their offensive methodology – with those backs they produce, it made sense to stay on the ground, to run pro. The problem wasn’t the talent, it was the predictability.

“Recruiting-wise, it’s them, it’s Alabama, and it’s everyone else. If they fix the offense, they’re national title contenders.”

Other than the “expect a quarterback run game and RPOs, not as much dropback” bit, there’s not really much to argue with there.  Especially the “The problem wasn’t the talent, it was the predictability” part.  That’s about as nice a way to criticize James Coley without mentioning his name as an anonymous source can.

Hey, they saw it on the Internet, so it’s gotta be true, right?

It’s been interesting, to say the least, to watch the sudden outpouring of complaints from both current and former college athletes regarding their treatment by coaches at places like Utah and Iowa.

This one, in particular, was a real eye-opener, both in terms of its detail and pain. You should read it in its entirety.  Johnson-Koulianos can’t opine to whether Ferentz is racist, so I’m certainly not going there, but one thing I am fairly certain of comes from this quote:

In one of our private meetings, he threatened me by saying “I don’t care how much pressure I receive from the media to play you; you’re leaving in a year and my contract just got renewed, so I’m going to be here whether I play you or not.”

Fwiw, multiple players have told me Petrino routinely berated players at practice and told them his buyout was too big for him to get fired so they better get used to him being there. https://t.co/kaLAWGG82U

… it’s easy to understand why coaches are strongly opposed to the one-time transfer waiver rule.

The one thing that amazes me is how long they’ve been able to keep a lid on stuff like this.  Control works, until it doesn’t, I guess.

This is the most hacktacular line of 2020.

Trask has earned the right to enter the 2020 season as the preseason All-SEC quarterback.

The “right” to be the preseason All-SEC quarterback — that’s in the 28th Amendment, isn’t it?

Jeff Long, hoisted on his own petard

After two years, it suddenly dawned on America’s Sharpest Athletic Director that invoking NCAA violations in an ultimately ineffective attempt to weasel out of a buyout provision has unpleasant consequences.

Hey, you can’t have a pattern leading to a NCAA ruling of institutional loss of control if you break up the pattern into parts, amirite? 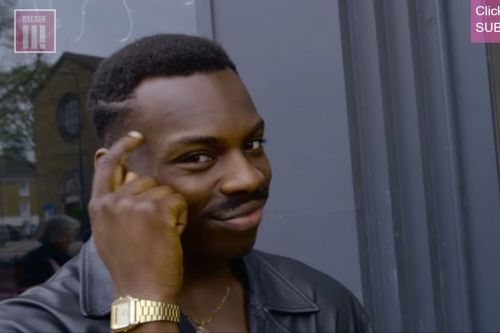 Other than Larry Scott, I’m not sure there’s another figure in college football administration who’s just flat out stealing his salary like Jeff Long.

The emerging Florida narrative, that is.

SEC Network host Paul Finebaum joined Brandon Marcello as the latest guest in the 247Sports Social Distance Series and was asked if Mullen would pull it off this year.

“That is the game of the year right now, in terms of not really knowing,” Finebaum said. “I would still give Georgia an edge. I know a lot of people are ready to sell Georgia out, I am not. If you follow recruiting, they have been unbelievable. It never ends.

“And I still think Florida is behind them in recruiting. Dan Mullen is exactly who we think he is – a great offensive mind. And that team is complete for the first time in awhile. But I would still give Georgia a very slight edge.”

For that matter, neither is Pete Fiutak.

This isn’t a perfect team. It needs several receivers to step up, the offensive line has to be stronger, and the defensive line could use the young parts to be great, but it’s as rock-solid in every way as any team in the country.

There’s no Alabama on the schedule like Georgia has to deal with – and that’s on the road – and not playing Auburn and Texas A&M this year could be a big deal.

There’s the annual date against LSU, but at least that’s in Gainesville. The SEC road games? At Tennessee, Ole Miss, Vanderbilt. All things considered, that’s as manageable as it gets in the SEC.

Assume a split against LSU and Georgia, and assume a misfire somewhere – like the Missouri loss in 2018 – with South Carolina a possible sandwich date between Tennessee and LSU, and that date in Knoxville a potential concern.

Even so, expect a third straight season of at least ten wins.

Which player will become a household name by the end of the season?@MattLeinartQB and @CoachUrbanMeyer name the guys they think have a chance to break out in a big way ⬇️ pic.twitter.com/RjuKAXciFm

And the NCAA has a plan.

Football coaches could begin interacting with their players as soon as the second week of July and by mid-July, they’ll be conducting walk-through practices, with a ball. That’s according to an NCAA proposal set for approval this week.

Continuing their progress toward an on-time kickoff to the season, college athletic leaders are set to take a giant leap down that path. On Thursday, the NCAA Division I Football Oversight Committee is expected to approve the long-talked-about six-week preseason practice plan and recommend it to the NCAA D-I Council. The plan is in the last stages of finalization. A draft of the plan has been circulated to conference offices and athletic departments for feedback. The D-I Council would approve the final version of the plan at its next meeting on June 17. Only small adjustments are expected over the next three days. “We’re 90% there,” Shane Lyons, the West Virginia athletic director and chair of the Oversight Committee, told Sports Illustrated in an interview Monday.

Under the plan, normal “required” summer workouts, which includes coaching interaction, could begin for some as early as July 6. Last month, the NCAA granted schools the ability beginning June 1 to hold on-campus voluntary workouts, which do not include coaching interaction. In required workouts, athletes can spend six hours a week with the strength staff on weight training and conditioning and spend two hours with coaches for film study. The required workouts would lead into what’s being termed as “enhanced” summer training, a two-week stretch constituting the first portion of the proposed six-week preseason practice plan.

That’s just starters.  There are plenty of potential road blocks ahead.

As part of the preseason plan, a team must practice four weeks before playing its first game, a rule that could conceivably impact early-season games if a program’s camp is interrupted.

Man, let’s hope it all works out.  Fingers crossed.

This is a fun watch.