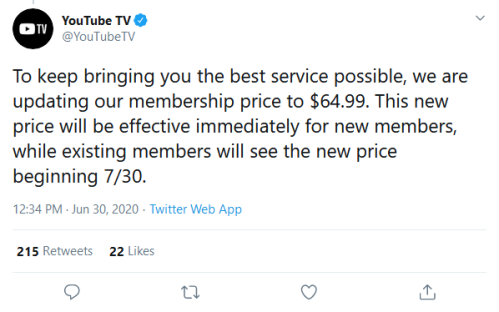 That’s quite a jump in a relatively short period of time.  For that, you get a few Viacom channels that you probably won’t watch (I know I want).

In short, this is turning into a streaming version of cable.

Sooooo… who’s got suggestions on a more reasonably priced streaming service that has DVR capability?  And access to college football, of course.

A tale of two secondaries

When ranking CFB secondaries, it's important to diversify the metrics you look at.

Example: The NCAA average of interceptions per passes defended is 19%. If you "defend" a pass, you intercept said pass about 1/5 times.

You can exceed that but variance needs to be warrented.

And on the other side?

Hmmm… wonder which is more due for a dose of regression to the mean in 2020?

A look from across the field

If you’re looking for a take on Georgia from the vantage of another school, this preview at Rock M Nation is a good place to go.

Spoiler:  judging by this, they’re not very optimistic about Mizzou’s chances.

So here’s what Missouri needs to hope for to pull this one off:

…that’s a lot of things to go right, huh? And in my mind that would just even the playing field, not make it so that the Tigers can win it.

The decade that was

Dawg fans, with one SEC title and one CFP semifinal win, do you feel like you’ve gotten enough from those 100 wins?

The plans you make when you don’t have a major deal with a broadcast partner:

According to several sources within the Ivy League itself and in the ever changing world of CFB coaches dealing with protocols involved in a resumption of the sport, the Ivy League is formulating a restart plan, which could be finalized and released in the next few weeks.

The plan has two options, one of which is more radical than the other.

The first would be to open the 2020 season in late September with a 7-game schedule comprised of only conference opponents.

The Ivy League is already different than its FCS brethren by playing only a 10 game (no playoffs) regular season. This plan would eliminate the non-conference opponents and conclude a week before Thanksgiving.

The second plan, which is gaining momentum because of the increasing number of positive Covid-19 cases in the country, would shut down football until next spring, with a start up (for practice) in March and another 7-game (conference opponents only) beginning in April and concluding in mid-May.

The article goes on to say “most of all of the Power 5 and Group of 5 FBS conferences have similar contingency plans in place”, but I strongly suspect those are plans of last resort for now, at least for the P5.  I have a hard time believing Georgia’s walking away from a $4 million check to play in the Chick-fil-A Kickoff Classic unless it’s under severe duress.

Even with what’s going on now, I still think the season will start on schedule, in other words.  Just don’t ask me if I expect it to finish on schedule.

The highest-graded pass-catcher at each alignment pic.twitter.com/0wlXX6b9bD

Could Pickens be Georgia’s first 1000-yard receiver in what seems like forever?

In another sign that Congress may not be so amenable to schools in their quest to maintain control over all aspects of college athletics, two US senators plan to submit a bill later this week prohibiting schools from compelling athletes sign COVID-19 waivers as a condition of participation.

In a draft copy of the legislation obtained by CBS Sports, the senators make four stipulations:

I’m sure the NCAA will be in favor of this, since it would ameliorate the problem of multiple jurisdictions having different rules about waivers.  Nobody wants chaos, you know.

Eh, just kidding.  Schools are probably on the phone right now asking Sen. Rubio to pull their nuts out of the fire.

Filed under College Football, Political Wankery, The Body Is A Temple

In light of Under Armour’s move to cancel its apparel deal with UCLA, I found this interesting:

Here's the updated top 20 most lucrative apparel deals. UCLA's was no.1 and Cal's is/was no.12. UCLA was with adidas before going UA while Cal was Nike. pic.twitter.com/LXuwuE5wLl

Three SEC teams appear in the top 20, TAMU, Auburn and South Carolina, and the latter two also have contracts with Under Armour.

Georgia’s deal with Nike, in case you were wondering, pays $3.8 million in cash and product per year.

Filed under It's Just Bidness, Stylin'