In honor of the 40th anniversary of Georgia’s last national championship, they’re rolling out these:

I’m good with most everything, except for that cheesy spike collar on the black jerseys.

I surely do hope this doesn’t turn out to be nothing more than a cynical merchandising exercise.

Georgia football’s famous red pants are making a return in 2020. And if the Bulldogs can beat Arkansas, it will be a triumphant one.

Georgia will wear its rarely-used “red britches” in the Sept. 26 season opener against the Razorbacks in Fayetteville, Ark. The gesture is an homage to the 1980 Bulldogs, who wore them that entire season paired with white jerseys as their road uniform. This year is the 40th anniversary of that undefeated national championship season. A commemorative patch is prominently displayed on the chest.

“Yeah, we were given a heads-up on that,” said Frank Ros, linebacker and captain of the 1980 Georgia team. “It’s awfully nice of them to do that. Obviously, that was a special team and we’re honored they’re honoring us that way.”

… Also unveiled in that video were some new, specially-issued black jerseys that the Bulldogs are going to wear sometime this season. Exactly when remains undecided — or a secret. But Georgia will be back in black at least this season.

A nice tribute and a nice reward for the players who have put up with much to play this season.

Ummm… about that gap

This is hilarious.  A week ago, Georgia sat third in the 247Sports’ Team Talent rankings.  Florida sat in sixteenth place.

I don’t think the Portal Master™ has this gap closing thing down pat yet.

I saw this question in Seth Emerson’s Mailbag today ($$) and thought I’d import it here to get y’all’s reaction.

One of your colleagues at The Athletic recently wrote an article about how wide open bowl season could be this season. If UGA doesn’t make the playoff, and Georgia Tech wins at least half their games, could you see the Peach Bowl try to swing a continuation of the rivalry?

As Seth notes, it would take a little jiggering on the Peach Bowl’s part, since it’s a New Year’s Six game, but, if it came to it, would I rather see the Dawgs play Tech than some other ACC or Big 12 mediocrity?  Really, that’s not much of a question.  Of course I would.

Honestly, there’s been so little change to Jake Rowe’s projection of the defensive depth chart, it’s almost not worth posting anything about it.  Not that such news should come as much of a surprise to us; it’s a deep, experienced bunch.

At this point, it appears that only one true freshman, Jalen Carter, is a legit candidate to crack the defensive two-deep.  (Rowe lists Kimber as the backup behind Stokes at left cornerback, but I would think some combination of Campbell, Daniel and Stevenson would play before the true freshman does.)

Over at The Athletic, G. Allan Taylor ($$) notes that Florida is heading towards starting four fifth-year seniors on the offensive line and asks “Does a year older mean a year better for Gators offensive line?“

If I’m skeptical, it’s only because they have long way to go just to achieve mediocrity status.

That’s the kind of improvement the line needs after last season’s uneven performance:

Sure, the Gators had their share of injury issues in 2019, but look what happened the first time they didn’t.

The original starting five reassembled for the Georgia game in Week 9, but the result was a season-worst 278 yards overall and a meager 21 rushing on 19 carries (including 29 yards lost on two sacks).

Then again, “better” is a relative term.

Greg Sankey has gotten plenty of pats on the back for the course he’s steered for his conference’s start to football play.  He certainly deserves credit for avoiding the PR pitfalls that have plagued some of his peers, but some of the congratulations seem premature.  After all, not a single SEC team has started play yet.

#Mizzou is missing 12 players due to COVID related issues and they will all miss the season-opener against Alabama. With more testing to come others could join them. It makes for a difficult set of circumstances as Eliah Drinkwitz prepares his Tigers. pic.twitter.com/jxA6RsSmZU

Now, Missouri wasn’t going to beat ‘Bama fully staffed, so in the short term, this means little.  But what’s going to happen when a contending team takes a run of bad luck, health-wise, and loses a game or two because of a roster shortage… or, worse, two teams with major health concerns are forced to face off against each other?

If Sankey isn’t waking up every day and immediately crossing his fingers, then he’s a bigger fool than I think he is.  He knows the conference still has a long way to go.

Filed under SEC Football, The Body Is A Temple

Passing the buck on socialism

The NCAA has a few roadblocks to overcome in Congress if it wants passage of some sweet, sweet antitrust exemption.  If the Democrats are largely sympathetic to the players’ exercise of their NIL rights, Republicans are reluctant to have the government engage itself in what should be the schools’ business.

“The worst thing would be for the Congress itself to write the rules,” said Sen. Lamar Alexander (R-Tenn.), chair of the Senate Health, Education, Labor and Pensions Committee, which held the hearing. “If anybody has watched 15 or 20 senators try to agree on a press release, imagine what 535 members of Congress would be like trying to write detailed rules.”

… But the hearing, the third time in recent months Congress has taken up the issue, largely made clear how much opposition remains, particularly among some Republicans, to the idea of federal regulation.

“Be careful what you wish for,” Paul said. “The history of government regulation is not a benign one.”

… During the hearing, Alexander, who is not seeking reelection, noted that the Commerce Committee has jurisdiction over the issue but said the NCAA is best equipped to tackle it. “The alternatives are much worse,” Alexander said.

The NCAA’s problem is that it is so wrapped up in the righteousness of an unrighteous clause that it thinks it can get a major concession from Congress without offering any sort of a pot sweetener.  That ain’t how politics works.

Two months ago, if you’d have told any college football fan there’d be one last P5 holdout to starting the 2020 season and asked them to choose which one, the likely answer would have been… well, the one that is the last P5 holdout.

Naturally, Larry Scott and his gang are scrambling now not to be left out in the cold.

Pac-12 commissioner Larry Scott says the conference has “gotten the comfort” to play football this fall, but needs to secure approvals from county public health officials in Oregon and California in order to proceed, with the best-case scenario for the start of the season being “end of October-early November.”

Scott’s remarks came during an interview on ESPN’s SportsCenter Wednesday night, capping a wild day for the conference. The day began with the Pac-12 as the lone Power 5 conference not planning to play fall sports after the Big Ten announced it was reversing course and starting its football season Oct. 23-24, saw California Gov. Gavin Newsom say his state’s regulations weren’t impeding the Pac-12 from playing despite 12-player cohort limitations to practices, Scott and Newsom spoke and Newsom contacted USC officials to address those impractical guidelines for football, Oregon Gov. Kate Brown’s office announced she and the Oregon Health Authority granted UO and OSU exemptions to state guidelines in order to play pending written plans and protocols from the Pac-12 and the athletic directors of USC and UCLA reportedly hold a joint call with Los Angeles County public health officials to get their go-ahead to begin contact sports practices.

My first thought on hearing that news was encapsulated nicely in this tweet:

This is incredible. Not that within a matter of hours the governors of California and Oregon lifted restrictions limiting practice for Pac-12 football teams. But that seemingly, until today, no one in the Pac-12 bothered to ask them. This is NEXT LEVEL ineptitude right here 🤦‍♂️ https://t.co/jSP1pSZPUi

But entirely on brand.  So much so, I can’t even laugh about it.

Best name in the SEC 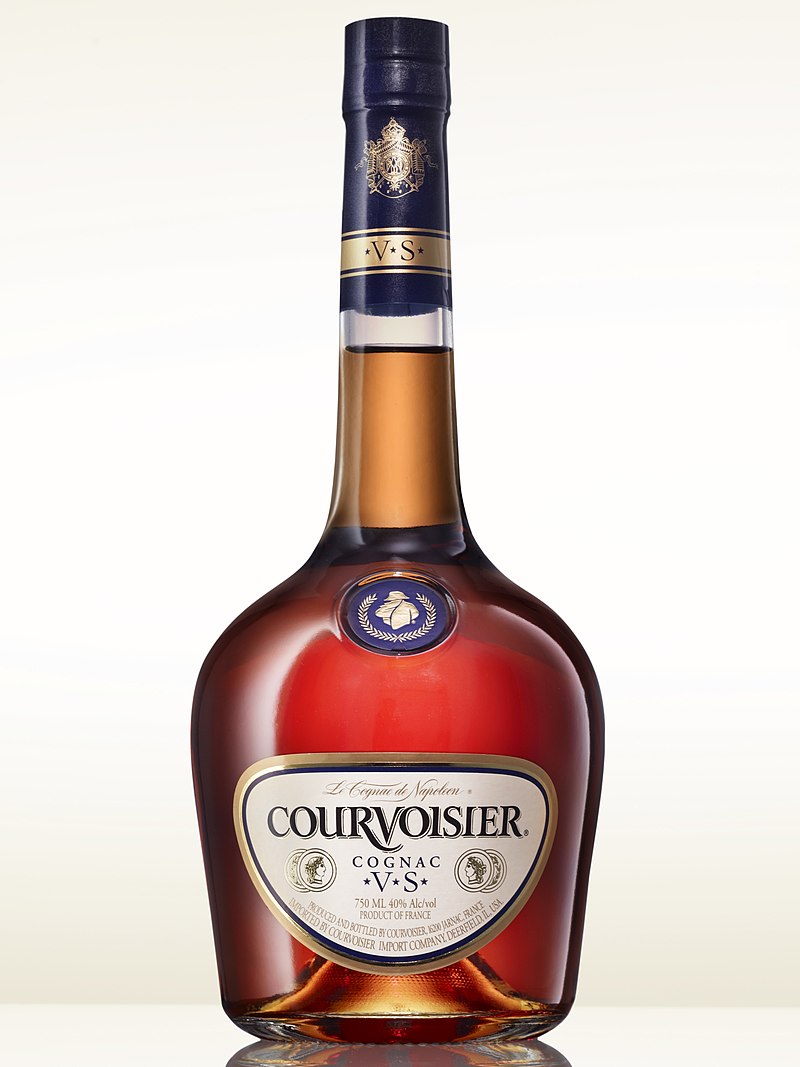 10 things to know about UK running back Kavosiey Smoke https://t.co/7QjHrGbgWA

I didn’t read the linked piece, but, honestly, they could make all ten things about his name and I’d be totally good with that.

More from the day the vaunted Big Ten became the SEC.

Two quick notes from the re-opening…

A Big Ten president involved in the decision to resume the season tells @NBCNews, “President Trump had nothing to do with our decision and did not impact the deliberations. In fact, when his name came up, it was a negative because no one wanted this to be political.” https://t.co/pEQf7yT4xl

Dude, I’m afraid your “no one wanted this to be political” horse done left the barn a while ago.  But, sure, close that door now if it makes you feel better about yourself.

In today's presser, @thepeterwarren asked a question we've heard from many NU students (after admin said it wasn't safe for half the student body to come to campus): What would you say to non-athlete students who aren't getting the same testing as athletes?

“Of all the questions in the world, that certainly is one” is a helluva way to say, “hey, look we need the money, man”.  But it really is all they’ve got.

UPDATE:  Gosh, you can just feel the moral struggle these great leaders are faced with.

Northwestern president Morton Shapiro on having athletic on campus without most of the students on campus: "I did grapple with that. End of the day, I found arguments of if we can do it safely, there's no reason not to go ahead and do it."