Which reminds me… I wonder what this guy’s up to these days.

Anyway, I’m not sure there’s much great insight to add at this point.  Georgia’s injury situation is essentially unchanged, which means there are areas on the defensive side of the ball for Mike Bobo to exploit.  I have a feeling we’re gonna be sad there’s no Jordan Davis out there to slow down the second-leading rusher in the conference.

Plus, another week of Monty Rice gutting out his foot injury means the underneath passing game is ripe for testing.  Do Kirby and Lanning wait until midway through the second half to adjust?  Your guess is as good as mine.

This is what really makes me nervous, though.

Luke Doty has played as WR and as Gunner on Punt Cover Unit. He will bring an added element to the USC offensehttps://t.co/4yl5rsXggF pic.twitter.com/27OJLEwMB4

It’s been a while since Georgia’s had to deal with a quarterback who’s a true running threat.

So, that’s three areas of vulnerability and a competent offensive coordinator.  In other words, I expect Bobo to try to do what Leach did — control the clock, churn yardage, avoid mistakes and score to minimize Georgia’s opportunities to take over the game and make South Carolina’s offense one-dimensional.

The good news is that I expect he’ll be as successful but no better, at best, with the potential to be quite a bit worse.  For one thing, it’ll be a surprise if any quarterback who starts for SC is as good as Will Rogers was (not that Bobo is likely to call for 50+ pass attempts in the first place).  For another, the Gamecocks have a worse pass defense than does MSU, and that’s before accounting for their two starting quarterbacks having taken a powder to prep for the NFL after Boom’s dismissal.

All of which is to say I’m not counting on Georgia covering the 21.5-point spread tonight (would Smart do that to his buddy Bobo?), but I do think they’ll be able to score as they need to and come away with a more comfortable win than last week’s.

Your thoughts and observations are welcomed in the comments, as always.

Two peas in a pod

Somehow, given the intertwined relationships between Bobo, Boom and Smart, I find this strangely fitting. 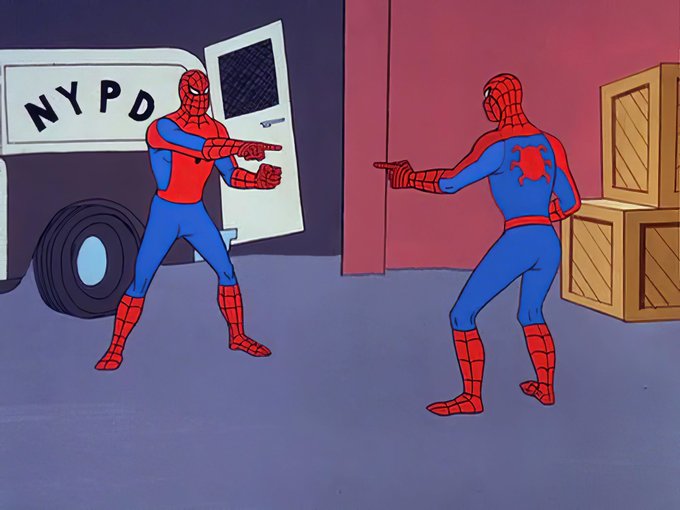 Greg, I ain’t letting that bowl game proposal go.  Just so you know.

TFW the BCS got it right

Yesterday was a banner day for the CFP.  Besides the Pac-12’s top-ranked team going down for the count, there was this:

Ohio State is teetering on the brink of non-eligibility for the Big Ten championship game.  Which kind of raises a question.

It doesn't seem fair or right, but Ohio State, if you miss one more game, what's your College Football Playoff argument? Indiana might be the only team with a winning record that you'll beat, and that was a 7-point struggle of a victory.

I bet we’d get a lot of eye test comments from the selection committee.  But, to sum things up, here’s what we’re looking at:

The Pac-12’s highest ranked team just lost to Oregon State, Ohio State’s schedule has been, at best, cut to 7 games and the Big 12’s best team lost to the Sun Belt.

Okay, fine.  Let’s say the selection committee doesn’t want to get laughed out of the room.  What’s left, two SEC teams and two ACC teams?  Think about that for a minute.  If ‘Bama goes undefeated, that means the second SEC team goes into the postseason having already lost to the Tide once.  It’s even worse on the ACC side, as we could be looking at a third meeting between Clemson and Notre Dame.

And don’t even mention Cincinnati to me.  They haven’t played a P5 team all season.  Screw Cinderella.

I’m not sure even Bill Hancock’s got enough Baghdad Bob in him to spin the pile of crap we’re about to get.

Be sure to check out @dave_mc_stats' Stats Crunch while you pillage the leftover turkey. It's full of good for you notes like this onehttps://t.co/hbscfiqb9O pic.twitter.com/htcdX6izQy

Hines Ward being on that list is nothing short of awesome, by the way.

Of all the coaches in the world, he’s certainly played for one of them.

Now, this is how you do a kiss of death.

Ehlinger asked if Herman got the most out of these players, or if coaching in general is the problem: "That’s the million dollar question everybody’s trying to figure out the last 10 years."

I guess that means Texas ain’t back quite yet.

That was from the Cal-Stanford game, where nothing much was on the line.  Far worse was the attempted hose job on Oregon State (what the hell does the conference have against the Beavers, anyway?) where it seemed like the officials did their damnedest to save the game for Oregon — who, coincidently, was the conference’s highest ranked team at the time — as OSU drove late for what turned out to be the winning score.

For example, this somehow isn’t offsides.

Upon further review, offside is no longer a penalty pic.twitter.com/4lHeb6nyrK

There was also a missed touchdown on a quarterback sneak when he got the entire top half of his body over the goal line, but in the end OSU overcame all of that and managed to score on another sneak to pull off the upset.

In the SEC, there’d be complaints about refs throwing the game, but it’s just another day at the office for Larry Scott’s crew.