“Bring Back The U”

Another day, another NIL deal:

American Top Team, one of the nation’s top training academies for MMA fighters which has 44 licensed gyms throughout South Florida and the world, has finalized plans to offer Name, Image, Likeness contracts to every University of Miami scholarship football player.

Each of the 90 existing Miami scholarship players will be offered a $500 a month contract (up to $6000 for a year) to endorse American Top Team through their social media accounts, personal appearances and other marketing vehicles. If all 90 players opt to accept a deal, the total American Top Team investment in year one could reach $540,000.

The deal is being administered by a new marketing company – “Bring Back The U” – which was created by South Florida businessman Dan Lambert, who founded American Top Team and is a longtime Golden Cane and member at CaneSport.com.

Lambert also hopes to recruit other businesses to offer similar NIL deals to Hurricane players this year and in the future.

“The NIL legislation is an amazing opportunity for businesses and fans to directly impact the lives of these players and the national reputation of our team,” Lambert said.

My guess is that when the dust settles, this will be more the rule than the exception, but I expect YMMV.

CFN is high on JT.

The site has Daniels designated as first team preseason All-SEC and the fourth best player in the conference.

Interestingly enough, though, CFN isn’t that impressed with Georgia’s top end talent.  Jordan Davis is the only other Dawg on the first team and in the SEC’s top thirty players.  For comparison’s sake, Alabama leads with nine in the top 30.

Still, that doesn’t mean the site is down on Georgia’s chances this season.

David Paschall has outdone himself with this lede.

Our nation has reached its 245th birthday, which is certainly cause for celebration due to the abundance of freedoms and opportunities provided to its residents.

Included in those freedoms is the ability for Tennessee football fans to flush away as many recent seasons as they wish. 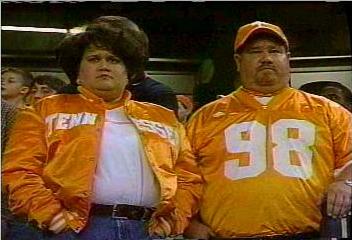 And that doesn’t even take into account the way the 2013 class disappeared.

For funsies, here are a couple more charts.

Roughly is doing some heavy lifting there.  It’s pretty impressive to see how Boom drove Florida’s recruiting after Corch into a ditch.  He built the gap.

Second, if this graph isn’t damning…

Obligatory "Hey I wonder when Ole Miss got good at cheating" graph pic.twitter.com/1tJ0Jhi5F8

RT @CoachHughFreeze: If you have facts about a violation, email compliance@olemiss.edu. If not, please don't slander the young men

Getting some summer surfing in. pic.twitter.com/vYJ9aCQ5MM

What’s weird about this preseason take?  It’s so normal.

The Bulldogs had their three-year run atop the East end last year, but coach Kirby Smart’s team is primed for a return to Atlanta – and potentially bigger things in 2021.

Offensive Strength: Georgia’s offense averaged 8.3 points a game more with quarterback JT Daniels in the lineup, and the USC transfer should benefit from a full offseason to work under coordinator Todd Monken. The Bulldogs are loaded at running back, and even with George Pickens sidelined indefinitely, there’s a promising group of receivers.

Offensive Concern: It’s hard to find anything to fit here. The Bulldogs need to sort out an offensive line that returns three starters, but talent isn’t an issue.

Defensive Strength: Georgia should have one of the nation’s top defensive fronts. Lineman Jordan Davis is an All-America candidate, and linebackers Adam Anderson and Nakobe Dean form a strong second level. Also, there’s a deep group of safeties in place with Tykee Smith, Christopher Smith and Lewis Cine in the lineup.

No “natty, now or never” take.  No “will Kirby be on the hot seat?” speculation.  Just a rather straightforward assessment of a good team.

Athlon, what are you doing here?