You can dress it up, but you still have to take it out.

Fantastic read from @RJ_Writes about the program Billy Napier is building.

I dares ‘ya to wear those in Jax, Billy.

Now here’s a stat that probably warms the cockles of Kirby Smart’s heart ($$).

Here’s a stat my editor and stats extraordinaire Jason Starrett dug up on Bennett: In clutch time last year, as defined by the second half of one-score games, no quarterback in the country was more efficient than Bennett:

Georgia has that coming back next year, and people are antsy to start someone else? I just don’t get it.

I’ve said it before, but it probably bears repeating:  as long as you don’t ask Stetson Bennett to chase an explosive offense that’s gotten the upper hand in a game, he’s more than a serviceable starting quarterback.  The question that those of you jonesing for a change at QB should be asking yourselves is how many games on Georgia’s 2022 schedule do you see where that’s a legitimate threat?

Yes, Georgia is losing a decent amount of defensive talent.

Working on the Defensive side of the ball… but here is a screenshot of the guys' stats from 2020/2021 that @KirbySmartUGA will have to replace with a new DC. 7,600+ snaps….500+ tackles a LOT of DGDs on here…… pic.twitter.com/MyeOPWcDWx

As Josh notes, though, there’s still plenty of returning production. 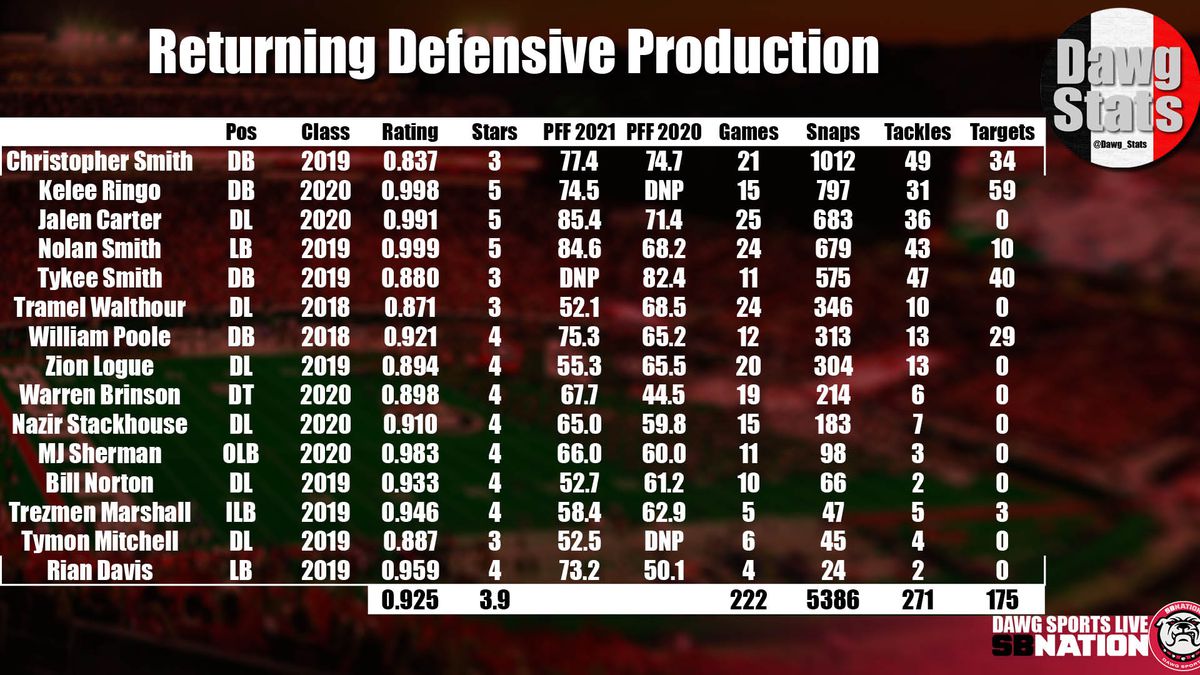 Also, this is a program that has recruited lights out for half a decade now.  It’s got a pretty stacked roster and new talent will emerge from this to make a significant contribution. 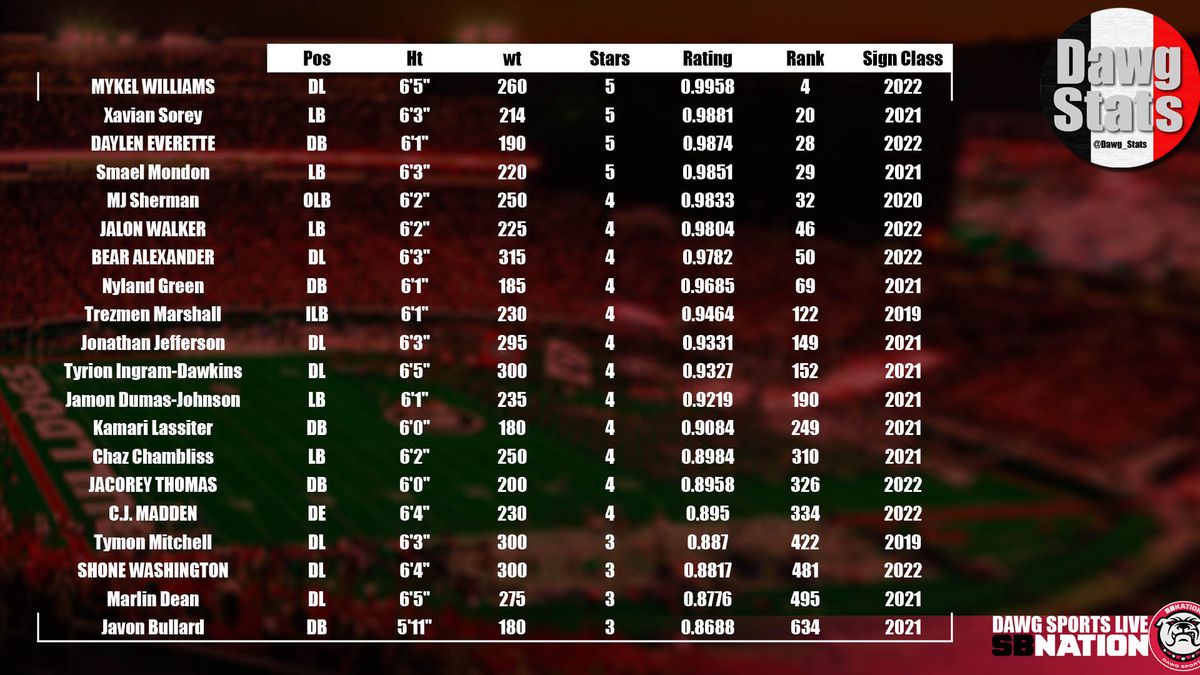 Somehow, I expect Kirby will muddle through.

The last cry of the control freak

this is not a complaint, but a warning to the rest of CFB. pic.twitter.com/LK1sUvfQ9t

If you aren’t fellating the Sabanator and take the time to actually read the interview here, you’ll find that Nick ain’t warning so much as complaining.

“We now have an NFL model with no contracts, but everybody has free agency,” said Saban, echoing a comparison Kiffin has made.

“It’s fine for players to get money. I’m all for that. I’m not against that. But there also has to be some responsibility on both ends, which you could call a contract. So that you have an opportunity to develop people in a way that’s going to help them be successful,” Saban said.

Saban, the highest-paid coach in college football with a salary of nearly $10 million last season, said the balance of power in the sport could tip toward the schools with the wealthiest collectives.

“So there’s going to have to be some changes implemented, some kind of way to still create a level playing field,” he said. “And there is no salary cap. So whatever school decides they want to pay the most, they have the best chance to have the best team. And that’s never been college football, either.”

Saban would prefer Alabama guarantee a set amount of money for every player who plays football for the Crimson Tide.

“We give everybody the same medical care, academic support, food service. Same scholarship. So if we’re going to do this, then everybody is going to benefit equally. I’m not going to create a caste system on our team,” Saban said.

Except he’s already been doing that!  Or did he forget about bragging about how much NIL money was rolling in for Bryce Young the minute he set foot on campus?

Let’s not be stupid here.  ‘Bama under Saban is always going to get its (more than) fair share of talent.  But don’t kid yourself that he didn’t notice Jimbo’s monster class, or the rumors about the $8 million dollar recruit.  That, plus the threat of the transfer portal, is just shit Nick Saban doesn’t have time for.  His solution isn’t significant because it purports to spread the wealth.  It is because it’s a way to use NIL money, or direct school payments, to reassert a level of control over players by means of a contract.

Not that there’s anything wrong with that, as long as it’s fairly entered into.  It sure as hell beats the take it or leave it approach NCAA amateurism offered.  I’ll be curious to see if this develops any legs.

I don’t care what anyone says.  Preseason or not, any computer with a projection that has Auburn — Auburn! — as the nation’s tenth best team needs to be stripped down completely and re-programmed.

That being said, if I’m forced to take FPI seriously, it’s worth noting that it only finds four teams with better than a 10% chance of making the playoffs.  Look for that fun stat to make a steady appearance in opinion columns about Why We Need CFP Expansion NOW! near you.

Even more interesting to me, though, is that Georgia, despite being in a much tougher conference and having to factor co-existence with Alabama into the equation, is seen as having a significantly better chance of making and winning the playoffs than does Clemson.

Filed under BCS/Playoffs, Clemson: Auburn With A Lake, ESPN Is The Devil, Georgia Football, Stats Geek!

Does G-Day performance matter? @finebaum throws out scenario: What if Stetson Bennett gets outplayed …. https://t.co/npWAttMfxr pic.twitter.com/e8uprYwAqc

You know you’re in the presence of keen insight when you see Finebaum cited to get the rubes going.