Josh does another statistical deep dive into what Georgia’s secondary will be looking at production-wise from opponents’ passing attacks.  Here’s what is coming back from the FBS teams the Dawgs face:

As Josh notes, those stats suggest “Georgia’s inexperience in the secondary will have a chance to find its legs.”  (My one little quibble is that Tennessee’s numbers probably look more formidable if you take Joe Milton out of the mix.  But, yeah, given the quality of the opposition, there’s definitely room to grow with experience.)

That all being said, he posted another chart that makes me wonder if our concerns about pass defense might be better suited to focusing on another position group.

Passes targeted:  Four players in the NFL draft — 93; Returning players — 29.  Not exactly optimal, is it?

Athlon has four All-SEC teams and the Bulldogs have 13 selections. Alabama has 18. Texas A&M is third, with 12. Tennessee is the only regular-season opponent with double-digit selections (10), while Kentucky, Auburn, and Mississippi State have nine each. For reference, last year the Crimson Tide had 16 players on the list with 16 Dawgs making one of the four teams. This year there are five UGA players on the first team, four on the second team, two on the third team, and two on the fourth team.

No Stetson Bennett there.  Quelle surprise.

What will be a legitimate surprise is if Gilbert finishes the season as merely the fourth best tight end in the conference.

By the way, Florida has six names total on the list, none on the first team.  The Gators sure could use a coaching genius on the sideline to offset that.

Gawd, was this a fun play to watch unfold live.

The play design is awesome.  Watch the player covering Bowers off the line bite on the underneath action.

By the way, UAB wasn’t half bad defensively last season.  They finished 31st in defensive SP+, which was better than Florida, Tennessee and Kentucky.

Oh, yeah.  This was the game Stetson finished with a 422.43 passer rating.

You know it’s the offseason when… 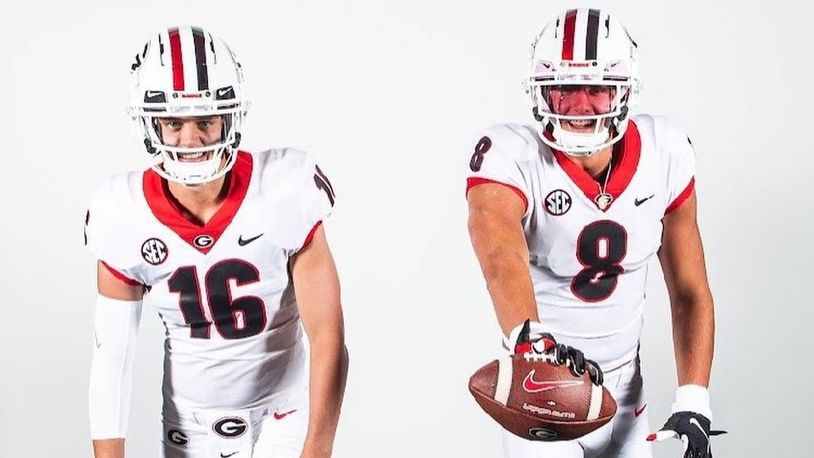 Chip Towers actually goes to the trouble of debunking the latest chatter about uniforms.

Georgia traditionalists can relax, however. While all-white “unis” were a hit with recruits, the Bulldogs specially ordered only a handful of them specifically for use during recruiting visits and have no plans to wear them this season or anytime soon.

Asked about the chances of Georgia playing a game in the all-white uniforms, a person familiar with Bulldogs’ football operations responded with an all-cap text: “ZERO.”

This isn’t a reflection on Chip so much as it is on a portion of the fan base that gets itself wired up on the possibility that this will be the year that Georgia starts going Oregon with its team gear.  Not gonna happen.