Aggie and “the disingenuous drifter”

Jimbo is assembling a rock star coaching staff from an asshole perspective.

Petrino’s latest job change was reported Thursday. Twenty days before that, he was announced as the new offensive coordinator at UNLV. Here is what he said in a school release at the time about joining new coach Barry Odom’s staff: “Barry Odom is a talented coach who has always been highly respected and I really look forward to working with him at UNLV. I’m excited to be part of the new direction of the Rebels and compete for championships.”

While the head coach at Missouri State way back in early December, Petrino had recruited a Texas junior-college tight end named Christian Earls and a Florida high-school quarterback named Blake Boda. When he switched jobs to UNLV, those two players wound up following. Earls signed a letter of intent, while Boda made a verbal commitment.

… This past season, D.J. Durkin was hired as defensive coordinator. You may recall, he was the Maryland coach who was fired in the wake of player Jordan McNair’s death during a conditioning workout in 2018. An investigation at Maryland ultimately determined that a “toxic culture” did not exist in Durkin’s program, but he was dismissed.

Also added to the A&M staff in 2022: Steve Addazio, less than two months after being fired as coach at Colorado State. Part of what ended Addazio’s tenure there after just two seasons: an investigation that found it “likely” he had used racially insensitive language during an altercation with a janitor, and Addazio was the aggressor in the verbal confrontation. It was Addazio’s second investigation at CSU, after being accused of violating COVID-19 protocols and a separate racial insensitivity complaint.

Really, if you’re a TAMU recruit, you’ve got to be asking yourself if there’s enough NIL money in the world to make playing there worthwhile. 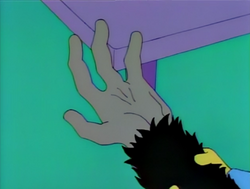 Which one of y’all was holding the monkey’s paw when somebody wished that Jimbo wouldn’t call plays next season?

That’s the only explanation I have for this news.

Jimbo Fisher is finalizing a deal to hire Bobby Petrino as @AggieFootball’s OC and Petrino will take over play-calling duties, sources tell ESPN. Petrino, one of the top offensive minds in football, was briefly OC at UNLV after spending last three seasons at Missouri State.

“Briefly” is doing some heavy lifting there.  Petrino wasn’t at UNLV long enough to get a parking pass for his motorcycle.

Not what I was hoping for…

Bobby Petrino is returning to the FBS ranks as the offensive coordinator at UNLV under new coach Barry Odom, sources tell ESPN. Petrino was head coach at Missouri State the last three seasons. He’s widely regarded as one of the top offensive minds/play-callers in the game.

That’s not all he’s widely regarded about.

Ah, well.  He and Jimbo could have been the beginning of a beautiful friendship.

Between Freeze and Petrino, I may succumb to sensory overload.  It’ll be worth it.

Filed under Fall and Rise of Bobby Petrino, SEC Football

Look who’s coming back to Arky…

Wait… what’s that sound… do I hear a motorcycle? pic.twitter.com/kosDVIR9su

I’m sure the greetings will be warm.

Filed under Arkansas Is Kind Of A Big Deal, Fall and Rise of Bobby Petrino

Gone, but not forgotten

Arkansas AD throws some shade Bobby Petrino’s way (and maybe the guy who hired him, too).

A big thank you to @CoachSamPittman for sharing video from today’s scrimmage to validate I was indeed at the scrimmage and not on a motorcycle. #OneRazorback pic.twitter.com/AN2FF2CeEQ

Filed under Arkansas Is Kind Of A Big Deal, Fall and Rise of Bobby Petrino

Just give him one more chance

I’m thinking Bobby Petrino’s career has as many lives as the proverbial cat.

Missouri State coach Bobby Petrino, whose return to the sidelines was delayed until the spring due to the COVID-19 pandemic, was named Missouri Valley Football Conference coach of the year Thursday.

Petrino led the Bears to a 5-1 record, and they were co-champions in the spring conference. Missouri State, winners of just one game the previous season, had been picked to tie for ninth in a preseason poll but will open the FCS playoffs Saturday against North Dakota.

No D-1 AD’s gonna be dumb enough to give him another chance, right?  Shit, who am I kidding here?

If anybody deserved this, it’s Bobby Petrino.

Two years ago today Bobby Petrino got fired during the airing of the Bobby Petrino show and the news scrolled across the bottom of his show. pic.twitter.com/Xq59BaUaqs

He didn’t come here to paint.

I didn’t think a post about racism could make me laugh out loud.

Thats one thing you could never say about my college coach Bobby Petrino. He doesn’t have a racist bone in his body. That mf hated everybody😂