Your Daily Gator needs some coaxin’.

Billy Napier has almost completed his first offseason as head coach of the Florida Gators football team. With the hopes that his team is ready to tackle the season and regain UF’s reputation as a SEC East power, the pieces are falling into place as we speak.

“We’re in our summer regimen, essentially we’re getting ready to move right into training camp,” Napier said. “This is phase five, training camps is phase six, in-season is seven and post season is eight. So we’re moving right along.

“You know, I think the first time for each one of these things, not only with the staff but with the players, but I can’t compliment our staff enough. I think we’ve got really good people in all those areas from a leadership standpoint – Mark Hocke, Kelsee Gomes, Paul Silvestri, Joe Danos – all people in performance have done a really good job.”

If Napier’s track record is anything to go off of, Florida fans should be excited about the future of the Gators program. Since taking over Louisiana in 2018, he has compiled a 39-12 record where he won the Sun Belt Coach of the Year award in just his second season at the helm. Napier, who is also a former assistant under Nick Saban and Dabo Swinney, led Louisiana to double-digit victories in each of the past three seasons.

Now, following Florida’s poor 2021 season, Napier has become a breath of fresh air for those Gators players. Ushering in strong support staff and bringing in the No. 20 recruiting class (including six transfers) in the country in his first offseason that features nine four-star prospects or better, according to the On3 Consensus, he’s already on the right track to revive the Gators program.

“I think the summer is a big piece of the puzzle, so good people and I’m certainly excited about what I see so far.” 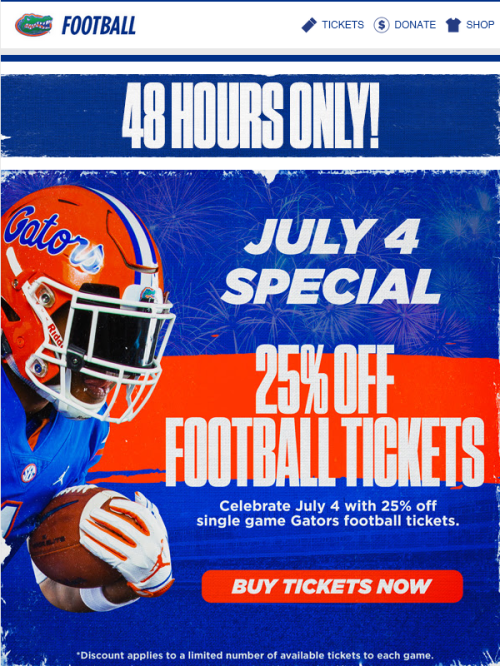 The bloom has worn off the rose.

Your Daily Gator is washing his hands of Billy Napier before a block is thrown in real game anger.

Billy Napier is already 3.5 years ahead of schedule on sucking at recruiting. #GoGators pic.twitter.com/dMBk95nAyh

You know, it’s gonna be a real shame if conference realignment gives these people fresh hope.

A journey through the mind of Your Daily Gator

Boy, this is dizzying:  one of the then 247Sports writers makes a sarcastic comment about Kirby’s coaching ability in 2019, which the folks at the Gator board run with a year later as truth… only to wind up chalking up Georgia’s natty to Metchie and Williams.  That’s some comment thread.

This little bit of insight will never, ever grow stale.

Miami: From a Bulldog perspective, if you looked at the state of Florida as though it were Afghanistan (and I do), the Gators, obviously, are the Taliban, while Miami is whatever warlord is running things in the Northeast. The Hurricanes don’t occupy anything remotely resembling moral high ground, but they are useful. As with Alabama, a healthy Miami helps Georgia; in Da U’s case, it’s because the ‘Canes recruit against the Gators in the Sunshine State’s hottest hotbeds for high school talent, although they don’t play the Gators that often.

Fifteen years old and it still bangs when you read stuff like this ($$):

Also, you have to recognize that Miami is going to be a tough competitor for most of the recruits Florida is chasing. Mario Cristobal is one of the best recruiting head coaches in the sport, with or without NIL, so we have to acknowledge that this isn’t a one-time issue. Remember, McClain took an official visit to Miami over the weekend before releasing a top three that consists of Florida, Alabama and the Hurricanes. Cristobal is no joke.

Is Rashada choosing Miami a major red flag for Florida? I’m not sure if I’m willing to go that far just yet. There are still six months before signing day and perception can change in a hurry. But if Napier finishes his first full cycle as Florida’s head coach with a Mullen-like class — regardless of where you’d put the blame — I’d be worried about Florida’s long-term viability as a powerhouse recruiting outfit.

Yeah, that would be a real shame.

“Napier has probably lost the fan base before a game is played.”

If you’re not a die-hard and missed the mess that’s happened with Florida’s 2023 recruiting class as June winds down, here’s a cliff notes rundown of events involving lots of UF’s marquee targets:

Recruiting is so much about optics and narrative, and right now, UF is holding a losing hand. Regardless of what exactly is happening behind the scenes within the various Florida-associated collectives, publicly, there’s now the notion that the Gators simply aren’t as organized or attractive as Miami or Florida State — much less Georgia, Alabama or others.

Billy Napier was hired by Florida precisely because he could do what his predecessor could not: Recruit at an elite level. Dan Mullen won at least 10 games in his first two seasons at UF, but Year 3 fell off a cliff because Mullen failed to restock the roster with the requisite talent compared to Florida’s SEC rivals.

In stepped Napier, who demanded and was handed “an army” of support staffers and recruiting analysts — rivaling similar staffs at UGA, Alabama and Texas A&M. The charismatic and confident 42-year-old former Louisiana-Lafayette head coach came to Gainesville preaching patience and vision, and then underpromised but overdelivered during his first Early Signing Period — namely beating out the Bulldogs for 5-star IMG Academy safety Kamari Wilson.

He teased the possibility that Florida could become a recruiting power again, especially in a Sunshine State full of flux with a fellow new regime in a Miami and a coach in Tallahassee entering a put-up-or-shut-up season.

“This is a talent acquisition business,” Billy Napier said when he was hired.

Flash forward six months, and the Gators don’t have a single Top 150 prospect among their eight commits.

Well, what do you expect, Gator fans?  First year coaches usually have a rough time putting together their first class.  Just look at how much Kirby Smart struggled with his… oh, wait.

I expect “it’s still early” is going to get a heavy workout, but if Billy can’t squeeze out nine wins this season (remember, Mullen surpassed that number his first season), the wolves are gonna be howlin’.

You know what’s the first thing that came to mind when I watched this?

Florida recruiting isn’t clicking, I’m just not sold on it being a Billy Napier problem pic.twitter.com/XmDpB8hkkl

If you manage an SEC football program, there’s a difference between being committed to winning and being financially committed to winning. Everybody wants to win. The hard part is figuring out how to allocate resources to make sure that happens. And, no, that doesn’t mean spending money like a drunken sailor. (We’re looking at you, Tennessee.) It simply means that if you think your rightful place is among the Alabamas, Floridas and LSUs of the world, you’d better take a hard look at what they’re doing and make sure you’re giving your coaching staff the opportunity to keep up with them.

The difference between Richt’s situation and Napier’s is that NIL has been inserted into the equation.  Oh, and that Florida is now looking for a way to join the Alabamas and Georgias of the college football world.

It took a decade and four head coaches, but Agent Muschamp’s evil plan has come to fruition.

Again, this is for rational and polite discussion, not hate. With that being said, is it possible that the 90s and 00s were just an anomaly and the reality it’s we’re just a mid tear program? I’m too young to remember before this, so is it possible we just have to accept that we’re a team that will just be a 6-10 win team every year that has a nice bowl every couple years? Don’t want to go my whole life expecting to be a championship caliber team and being disappointed.

“mid tear” is such a Freudian slip.  Enjoy reality, Gators.

This day in Gator recruiting

4-star OL Roderick Kearney on his commitment to #FSU:

Kearney announced his pledge to @CoachAAtkins and staff just 30 minutes after leaving Florida for his weekend official visit in Gainesville.

Looks like Billy’s gonna need to write another letter.

My baby, he wrote me a letter.

It’s not every day you see a head coach write an open letter to the fan base before he’s coached his first game, but, after all, this is Florida.

One thing we have learned in the past six months is that Gators are resilient and passionate. In all kinds of weather.

I suppose meltdowns do count as a sort of passion, Billy.

… I’d say they’re somewhere between the third and fourth.