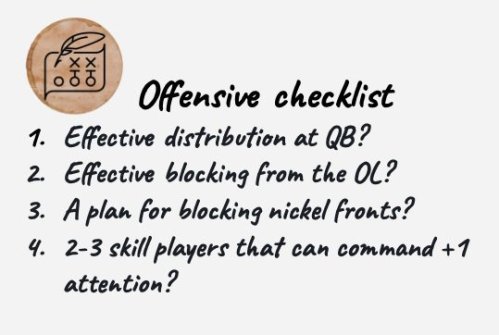 Here’s a good piece from Ian Boyd checking off the four things an offense needs to be capable of these days to overcome a defense’s plan to, as Boyd puts it, “… make sure they can take away an offense’s best features and force them to get by on their third or fourth options.”

He breaks this down in the context of the Big 12, but I thought it would be a good exercise to see how this applies to Georgia.  Here’s a more detailed look at his list:

2. Effective blocking along the OL

In the run game that means not allowing penetration, making contact on assignments (if they’re in position to threaten the play), and getting push when you have a double team. In pass protection that means no free runners inside and making good edge guys work their way slowly so they can’t interfere with a three-step drop. An OL that can do all of those things against a sturdy front will set enough of a floor that a team can dominate if the QB and skill players are good.

3. Some kind of plan for blocking a nickel front in the run game

Five OL can handle five men in the box, to handle that sixth and prevent teams from stuffing your offense from a two-deep shell with a six man box, you need a plan to block six. One way is to block him with an ancillary, another is to option him with a QB pass or run option. The former barely counts because if you actually want to run the ball on a nickel front, like on 3rd and 2 for instance, you don’t want to count on hitting a slant.

4. Two to three offensive features/specific skill players that can’t be stopped without the defensive being +1

This is where the over-stressing occurs, checklist items 1-3 merely set the stage for achieving this result.

He writes that, “… if an offense can check off every part of this list at a high level, then it doesn’t matter what the defense can do, the offense is going for 30+.”

Now, we don’t know for sure what James Coley has up his sleeve, but given the pieces in places, it probably won’t be a radical departure from an offensive scheme that last season managed to be top fifteen nationally in both points per game (37.9) and yards per play (7.05).

So, how many of Boyd’s boxes can we reasonably expect Georgia’s offense to check this season?

Last season, Georgia averaged 37.3 points per game against D1 opponents, second best in the SEC.  What’s your thinking on that number this year?