The difference between apathy and antipathy is more than three letters.

Jeff Schultz sees Mark Fox and tries to get inside the head of Greg McGarity.

It didn’t matter that Richt won the regular season’s final four games. Most stopped paying attention before November — the fans who buy tickets, the boosters who write checks, the athletic director who had grown weary of failed expectations. As good a coach and wonderful a person as Richt was, he had lost too many of the games that mattered most, failed to take advantage of a weak SEC East Division and failed to win the conference championship for the 10th consecutive season after winning two titles in his first five.

So he was gone.

It’s worth bringing up this topic now because some have wondered why Mark Fox, the school’s basketball coach, is not gone.

I don’t know that it’s the majority of Georgia’s fan base. Infernos on social media, message boards and sports talk radio don’t qualify as a scientific sampling. But the question of why Richt was fired and why Fox is staying is a worthy one.

I hoped to get some insight on this subject from athletic director Greg McGarity. He was the man who chose to affirm Fox’s return a week ago in strange way: With a line thrown into a statement that had been put out ostensibly to smother a report that Georgia was doing due diligence on potential replacements. But McGarity, whose relationship with the media has grown prickly over the past year, continued to deny comment on the subject late this week, even after the Dogs’ season officially ended with a first-round NIT loss to Belmont.

Needless to say, when speculation’s all you’ve got, you ain’t got much.

Besides, it’s a mischaracterization to describe the attitude about Richt in the last part of the 2015 as one of folks tuning out.  People were pissed, especially after watching the debacle of the Florida game plan.

Butts-Mehre thrives on the fan base not paying attention to sports other than football, because that leaves McGarity in the position of raking in the most bucks with the least amount of accountability.  Fox keeps his job; Richt lost his.  C’est la vie.  The situation might be reversed if Georgia were Louisville or North Carolina.  But it’s not and that’s why it really doesn’t matter to McGarity if Fox stays or goes.

It’s a helluva way to run a railroad, but you can’t say it isn’t a profitable one.  All McGarity cares about is that if the football program doesn’t rise above the level that Richt set, he can’t be blamed for the lack of progress.  All the rest, Mr. Schultz, is merely commentary.

And a great man in Joel Eaves

OLD-SCHOOL DAWG Image of the Week: During Georgia-Auburn of '75, a vendor sells the newly-released "Dooley's Junkyard Dogs" by James Brown. pic.twitter.com/JfG8rv3zGR 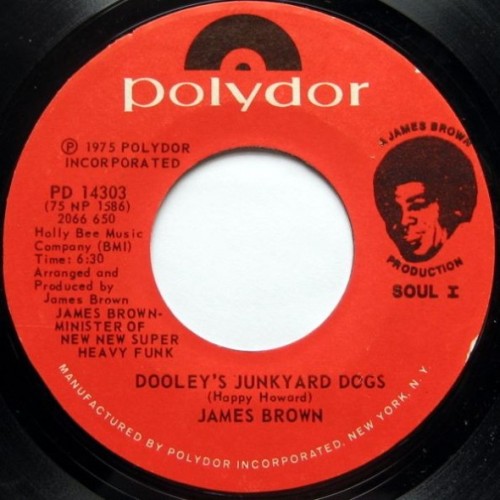 I foresee big things in store for Jarrett Guarantano, who’s in the battle to succeed Josh Dobbs as Booch’s next starting quarterback.

From the neighboring state of South Carolina, which is now back in the NCAA’s good graces after ditching the Confederate flag:

Without legislative action, then, North Carolina — a regular stop for the N.C.A.A. tournament — could be without games in the event for a minimum of six years.

“That’s up to the Legislature of North Carolina,” Emmert said. “They make their decision and other entities can respond to it. Whatever decision they want to make is between them and the citizens of North Carolina. I personally respect that enormously.

“The N.C.A.A. represents 1,100 universities and colleges; we reflect their views and their values. They happen to be different constituencies.”

Six years?  Look at the bright side, North Carolina.  At least you don’t have to rush into anything.

Musical palate cleanser: Chuck Berry is dead, and I don’t feel so good myself.

Chuck Berry, who with his indelible guitar licks, brash self-confidence and memorable songs about cars, girls and wild dance parties did as much as anyone to define rock ’n’ roll’s potential and attitude in its early years, died on Saturday. He was 90.

The St. Charles County Police Department in Missouri confirmed his death on its Facebook page. Mr. Berry died at his home near Wentzville, Mo., about 45 miles west of St. Louis. The department said it responded to a medical emergency and he was declared dead after lifesaving measures were unsuccessful.

While Elvis Presley was rock’s first pop star and teenage heartthrob, Mr. Berry was its master theorist and conceptual genius, the songwriter who understood what the kids wanted before they knew themselves. With songs like “Johnny B. Goode” and “Roll Over Beethoven,” he gave his listeners more than they knew they were getting from jukebox entertainment.

His guitar lines wired the lean twang of country and the bite of the blues into phrases with both a streamlined trajectory and a long memory. And tucked into the lighthearted, telegraphic narratives that he sang with such clear enunciation was a sly defiance, upending convention to claim the pleasures of the moment.

Or to put it more succinctly,

“The big beat, cars and young love,” Mr. Chess outlined. “It was a trend, and we jumped on it.”

The coolest thing about Chuck Berry is this:

And Mr. Berry’s music has remained on tour extraterrestrially. “Johnny B. Goode” is on golden records within the Voyager I and II spacecraft, launched in 1977 and awaiting discovery.

That may not be immortality, but it ain’t bad.  Nor was Saturday Night Live’s take on it.

I enhanced and cleaned up this old SNL screencap tonight in honor of Chuck Berry.#ChuckBerry #SNL #SteveMartin pic.twitter.com/R9Op9ORixe

Meanwhile, back on earth, it’s hard to beat Ron Wood’s tribute on his passing.

Chuck Berry will be missed, but never forgotten.