Final take on the Kentucky game

The end of college sports as we know it?

Over first three months of the NIL Era, some data from @opendorse:

– B1G leads all conferences in compensation
– football & men's basketball account for nearly 80% of compensation
– posting content accounts for 87% of activities
– DI athletes have made an average of $391 on NIL pic.twitter.com/oAKtyu9XQR

And to think it only took paying a college athlete $391 to ruin everything. 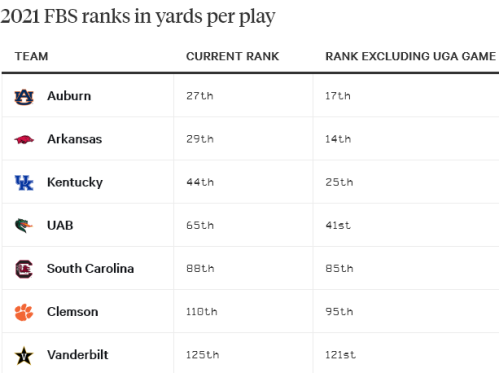 I think we’re slowly running out of ways to describe the excellence of this Georgia defense.

The luxury of Stetson Bennett 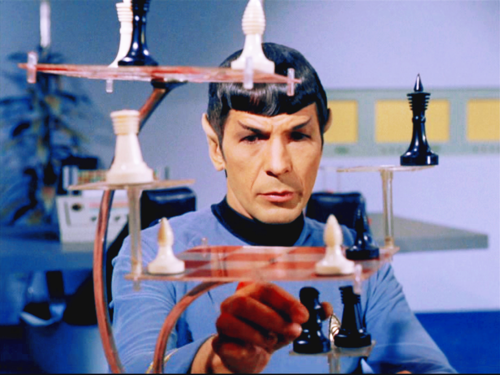 When I saw this pop up in my Twitter feed last night,

my first instinct was to ponder whether Kirby Smart had succumbed to all the Fromm-Fields criticism and decided the best course of action going forward was to split the proverbial baby.  And how, exactly, would he go about doing that, anyway?  Alternate plays?  Alternate series?  Alternate quarters?

My second instinct was to calm the fuck down.  Todd Monken isn’t Jim Chaney.  There probably is a way to make a rotation like that work.  (See, for example, the Vanderbilt game.)

My third instinct was to do what I should have done in the first place:  read the Chris Low interview with Kirby Smart.  Turns out Kirby’s stance is more nuanced than 280 characters could allow.  A boatload more nuanced, as it turns out.

Provided Daniels is healthy, Smart said the Bulldogs would need both quarterbacks the rest of the way.

“I’m not sure we know who the better one is based on which game plan we have,” Smart said. “There are teams we play that we have to be able to use the quarterback in the run game. Well, that’s Stetson. There are teams we play that you have to get the ball out quickly and be really accurate. That’s JT. But the first thing with JT is that he’s got to be healthy.”  [Emphasis added.]

Therein lies the rub.  Smart did tell Low that Daniels is healthier.

“JT practiced [Wednesday] and did about everything,” Smart told ESPN. “I thought [Wednesday] was the first time since Vanderbilt that I could have said, ‘Man, he looks like he could play.’ Now, he’s rusty, and [Thursday] will probably be the telltale practice because it will be the first time he’s gone back-to-back throwing after he threw a lot Wednesday.”

But healthier isn’t the same thing as healthy.  And Stetson is playing well enough that Georgia doesn’t need a Daniels playing at, say, 70% right now.

“It would be a burden if they were both completely healthy and you had a problem,” said Smart, whose Bulldogs have scored 30 or more points in their past six games. “Usually, when the quarterback problem comes is when you’re not productive on offense. We haven’t run into that. Now, we haven’t been blowing doors off, but we’ve scored and done a good job. The defense has set up scores. Special teams has set up scores, so it hasn’t shown itself as a problem. I think that would only happen if one of them were faltering.”

Smart said he doesn’t feel like he’s under the gun to make a decision on who will start against the Gators, especially with another whole week of practice before the game.

“We do so many competitive periods that I put a lot of pressure on those kids in practice to say, ‘Show me that you’re well, JT. Show me that you’re healthy,'” Smart said. “They’ve both played enough that it really doesn’t matter who’s the first one out there.”

That’s the big change since the season opener.  Daniels was not 100% and the coaches didn’t trust Bennett against Clemson’s stout defense.  Stetson has played well enough since then to gain their trust.

“I think the feeling in the outside world is that you can’t win it all [the national championship] without JT,” Smart said. “I don’t know or can’t say that’s accurate or not. I know there’s nothing that he’s shown that Stetson hasn’t shown us that leads us to believe that’s the case.”

What Smart is saying there is that he won’t worry about that until he really needs to worry about that.  And that, folks, is the luxury of Stetson Bennett for this Georgia team.

So, yeah, I take this little talking strategy bit with a slight grain of salt.

Stetson of late has been accurate enough, but, really, when do you ever play a team when you don’t need a quarterback who can get the ball out quickly and be really accurate?

Of course, this all may be nothing more than showing Dan Mullen how to do quarterback controversy correctly while doing an effective job of messing with Todd Grantham’s preparation, two things I wholeheartedly endorse.  I keep saying it, but this year’s Cocktail Party can’t get here soon enough.

Bob Bowlsby and the First Rule of Holes

The horse may be out of the barn, but the Big 12’s commissioner thinks the horse made a big, big mistake.

Bob Bowlsby this week questioned the reasoning of Texas and Oklahoma departing the Big 12 for the SEC to the point of calling the decision “silly,” citing several reasons. The Big 12 commissioner made the comments in an exclusive interview with CBS Sports during Big 12 basketball media day.

Bowlsby suggested the two powerhouses leaving his league will create competitive issues in the SEC.

“Their chances [to advance to the College Football Playoff] are better coming through the Big 12,” he said. “That’s a silly part of it. It’s not very much money [difference], and competitively, they’ve got a better path [in the Big 12]. It makes no sense.”

If I didn’t know any better, I’d think Bowlsby just admitted his conference is weaker than the SEC.

The year of living sadly

The Associated Press looks at Florida’s season through the midpoint and isn’t impressed.

Florida: The Gators, 13th in the final AP poll of last season, are unranked after last week’s 49-42 loss at LSU. At 2-3 in SEC play, Florida is also virtually eliminated from the race for the East title, which they won last season for a record-extending 13th time. Also receiving votes: LSU

Mullen: The fourth-year Florida coach’s struggles against LSU both this season and last might be the biggest reason for the heat. Florida was heavily favored in both games, making the losses to a historical rival that much less palatable to the Gators’ faithful. Despite last year’s progress, the Gators don’t appear close to contending for their first College Football Playoff bid since the four-team format’s inception in the 2014 season.

I guess being the Portal Master™ doesn’t carry the cachet it once had.

Your Daily Gator is a mite perturbed.

Should I do a segment JUST reading replies to this tweet from May?

How it’s going (dial this up to the 17-minute mark and enjoy):